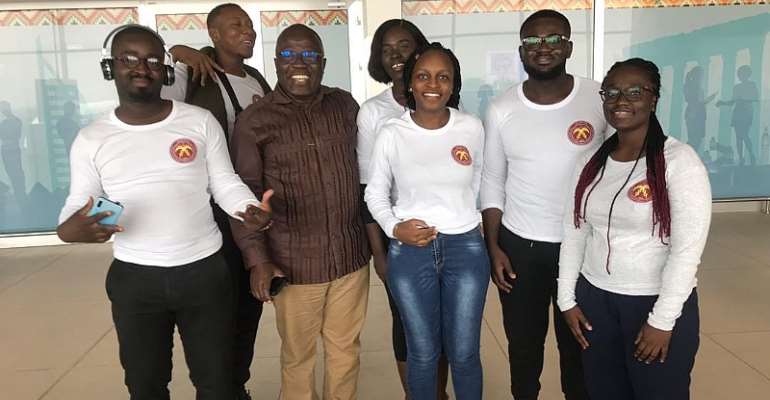 Two teams made up of two students each and two judges are set to represent the Kwame Nkrumah University of Science and Technology (KNUST) at the 40th World University Debate Championship to be hosted by Assumption University in Bangkok, Thailand from December 27, 2019, to January 4, 2020.

This will be the first time the premier Science and Technology University in Ghana, KNUST is participating in the WUDC after a successful 2019 Pan African Universities Debate Championship (PAUDC) host and win campaign.

The World Universities Debating Championship (WUDC) is the world's largest debating tournament, and one of the largest annual international student events in the world.

It is a parliamentary debating event, held using a variant of the British Parliamentary Debate format. The first World Universities Debating Championship was held in Glasgow, Scotland in 1981.

Every year, the Championship takes place in a different country and is hosted by a different university and by different debate societies.

WUDC is designed to determine the best of the best in international English language debating.

The 40th World Universities Debating Championship to be hosted by Assumption University in Thailand has approximately more than 240 participating universities from 50 countries around the world.

The KNUST contingent is made up of 4 debaters and 2 judges which includes the 2018 and 2019 PAUDC title holders, Boakye Nyame Isaac and Erasmus Mawuli Sebgefia and former Dean of Students, Professor Kofi Ohene Owusu-daaku

Two other universities from Ghana, the University of Ghana and the University of Health and Allied Sciences are also participating in this year's WUDC with 3 and 1 teams respectively making it 6 teams in total representing Ghana.

Other universities from Africa to be represented includes;