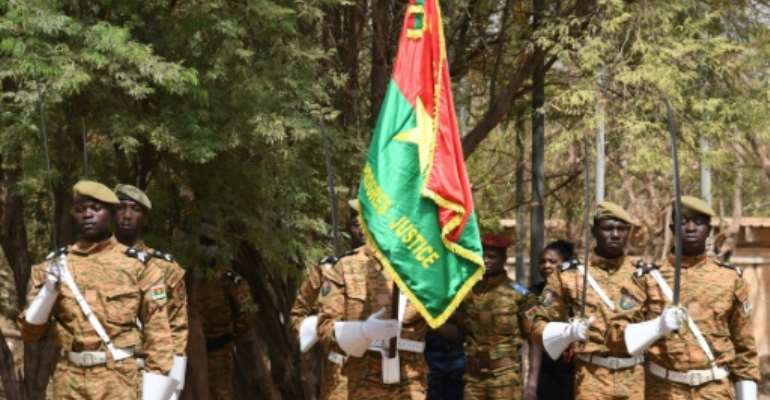 A jihadist attack that left 42 dead in the north of Burkina Faso, the worst assault in the country for five years, plunged the nation into mourning over Christmas and sparked messages of solidarity from the United Nations and Pope Francis.

Thirty-five civilians, including 31 women, and seven soldiers were killed Tuesday in simultaneous attacks which lasted for several hours in the northern town of Arbinda and a military base, the army said, adding that 80 assailants were killed.

Around a dozen soldiers were also killed in an attack overnight on Wednesday in Hallele in the same volatile northern province of Soum, security sources said.

"This barbaric attack resulted in the deaths of 35 civilian victims, most of them women," President Roch Marc Christian Kabore added on Twitter.

Government spokesman Remis Dandjinou said 31 of the civilian victims were women, and that around 20 soldiers and six civilians were wounded.

The president has declared 48 hours of national mourning.

There was worldwide condemnation of the attack, as well as expressions of support for Burkina Faso.

The UN Secretary-General Antonio Guterres condemned the Christmas Eve attack and offered his "deep condolences" to the families of the victims, his spokesman Stephane Dujarric said in a statement.

"The Secretary-General conveys the solidarity of the United Nations to the government and people of Burkina Faso," he added, emphasising the UN's continued support for the Sahel region in their efforts to fight terrorism and violent extremism.

In his traditional Christmas message, Pope Francis denounced attacks on Christians in Africa and prayed for victims of conflict, natural disasters and disease on the world's poorest continent.

Violence in Burkina Faso. By (AFP)

The pontiff urged "comfort to those who are persecuted for their religious faith, especially missionaries and members of the faithful who have been kidnapped, and to the victims of attacks by extremist groups, particularly in Burkina Faso, Mali, Niger and Nigeria".

In Brussels, the head of the European Council Charles Michel tweeted: "Inates in Niger yesterday, Arbinda in Burkina Faso today... Martyr towns, victims of a rampant terrorism that threatens us all. The European Union stands by Africa in its battle against terrorism."

Niger's President Mahamadou Issoufou also expressed his "solidarity" and, speaking "in the name of the Nigerien people" offered his "condolences for all civilian and military victims."

The morning raid in Burkina was carried out by more than 200 jihadists on motorbikes, triggering a fierce firefight that lasted about three hours before armed forces backed by the air force drove the militants back, a security source said.

No group immediately claimed responsibility for the bloodshed, but jihadist violence in Burkina Faso has been blamed on militants linked to both Al-Qaeda and Islamic State groups.

France is also hosting another meeting next month.

There are about 4,500 French troops deployed in the Sahel. By MICHELE CATTANI (AFP/File)

There are 4,500 French troops deployed in the region as well as a 13,000-strong UN peacekeeping force in Mali to fight insurgents, backing up national forces of the G5 -- Chad, Burkina Faso, Mali, Mauritania and Niger.

Prior to Tuesday's attack, Burkina security forces said they had killed around 100 jihadists in several operations since November.