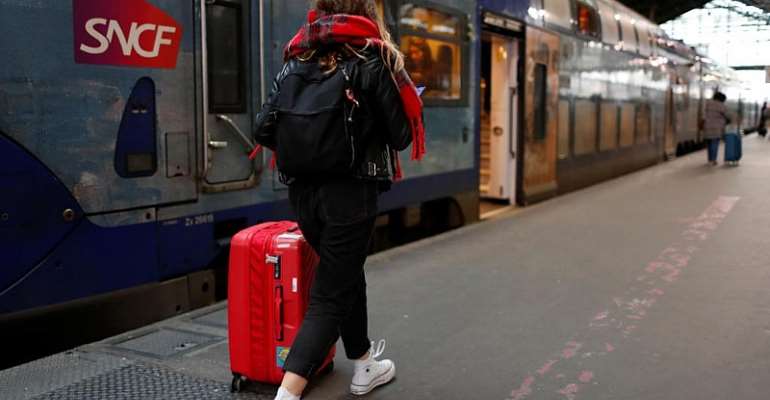 Rail travel in France will continue to be hit or miss on Thursday, as the country enters its fourth week of a strike against the government's overhaul of the pension system. Unions are gearing up for a day of action on Saturday, as the government and unions plan to continue negotiations in January.

The SNCF national rail company announced that about half of high-speed TGV trains will be running on Thursday, along with four out of ten regional trains, and one out of five Paris-area commuter trains.

Rail travel in the Paris region came to a standstill on Wednesday, Christmas day, with traffic to pick up in the late morning on Thursday.

SNCF said that any trains reserved via its website through Sunday are guaranteed to run, as the second wave of holiday travel begins in earnest, ahead of the New Year holiday.

In Paris, five metro lines will remain closed, and a few will open partially, during rush hours (find the latest information on the RATP website).

Unions have been hosting Christmas banquets around the country, to keep morale for strikers facing their fourth week without pay.

Negotiations last week between the government and unions failed to find common ground, and strikers vowed to continue unless the government backs off its plans to merge the current 42 pension schemes into one points-based system.

Talks are scheduled to resume on 7 January.