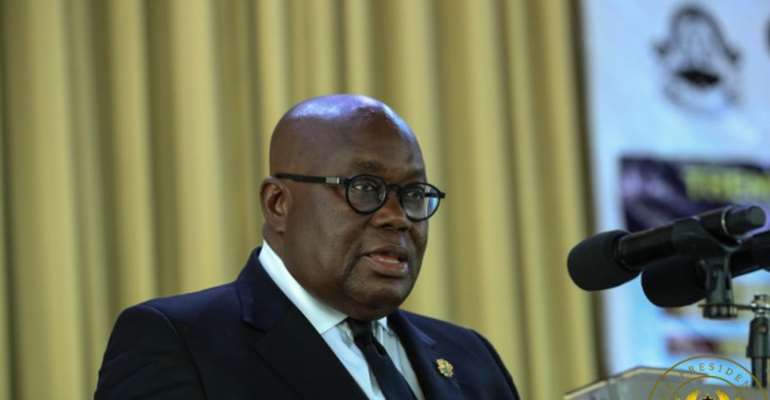 President Akufo-Addo has said his government will soon make public, investigations into the circumstances that led to the collapse of some indigenous banks in the country.

According to the President, preliminary investigations reveal that huge assets of the collapsed banks were diverted.

In his Christmas message to Ghanaians, President Akufo-Addo said those found guilty will be dealt with.

“Investigations into potential criminal conduct are proceeding. As it appears, there has been a massive diversion of assets of these financial institutions. I assure you that the outcome of these inquiries will be made known very soon as well as actions taken to bring those responsible to book,” the President promised.

The President also admitted that the decision to collapse these banks was a painful one.

“We have had to take painful but necessary measures to sanitize and save the banking system. A process which I know has brought discomfort to many a household. It is worthy to note however that the jobs of some 6500 workers were saved as a result instead of the 10,000 that could have been lost. In addition to the protection of funds of 4.6 million depositors.

The Central Bank has over the past two years revoked the licenses of a number of banks, microfinance companies, and Savings and Loans companies.

A few weeks ago, SEC also revoked the licenses of some 53 Fund Management Companies.

The 53 fund management companies who have lost their licenses were said to be managing a customer base of about 56,000 whose funds run in excess of GH¢8 billion out of the total GHc25 billion of the entire securities sector.

SEC also explained that the revocation is “in accordance with its mandate of protecting investors and the integrity of the capital market.”

Just recently, the state dragged the former Chief Executive Officer and Managing Director of defunct Capital Bank, Ato Essien and Fitzgerald Odonkor and two others to court over the collapse of the bank.

The state leveled 26 different counts of charges against the four which included Kate Quartey-Papafio and Tetteh Nettey.

“William Ato Essien and Tetteh Nettey between October and November 2015 in Accra in the Greater Accra Region agreed to act together with a common purpose to steal the sum of GHc100,000,000,” the writ sighted by citinewsroom.com stated.

An Accra High Court subsequently granted bail in the sum of GHc200 million to the two.