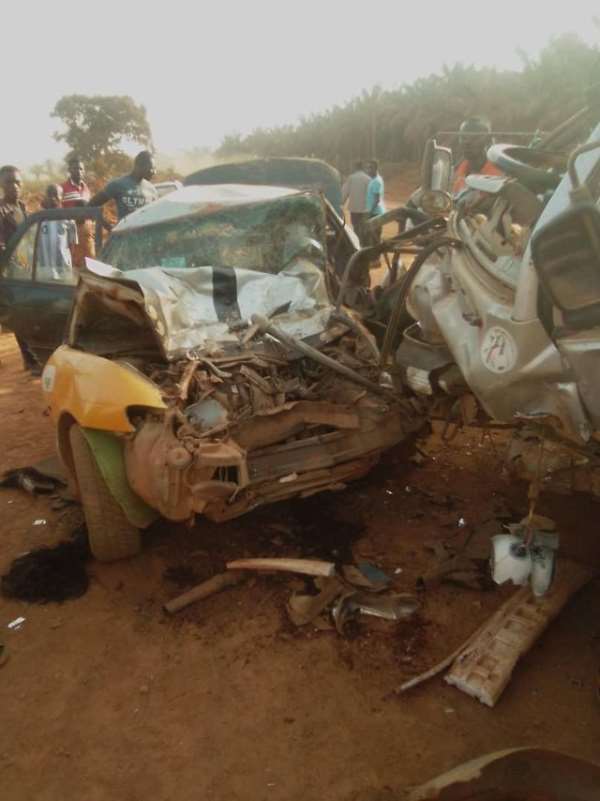 Two persons have died in a car crash at Abaam Okyinso in the Kwaebibirem municipality after the vehicle they were travelling in collided with a Hyundai H100 bus Tuesday evening.

The bodies of the Kia Sephia taxi driver and his passenger have been deposited at the Kade hospital morgue awaiting autopsy, JoyNews’ Eastern region correspondent, Kofi Siaw, has reported.

According to an eye witness, Abrefa Busia, the timely intervention of residents and passers-by minutes after the incident helped to save several other victims who had sustained various degrees of injuries. They are currently receiving treatment at the Kade hospital.

Abrefa Busia attributed the incident to poor visibility on the dusty road under construction. 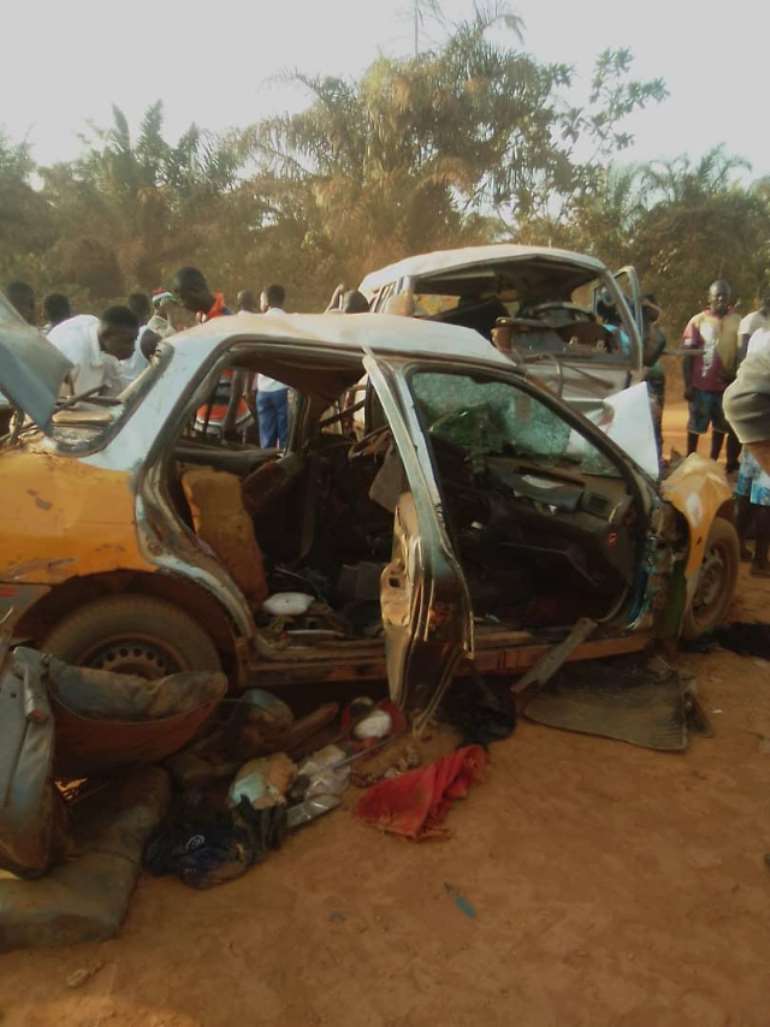