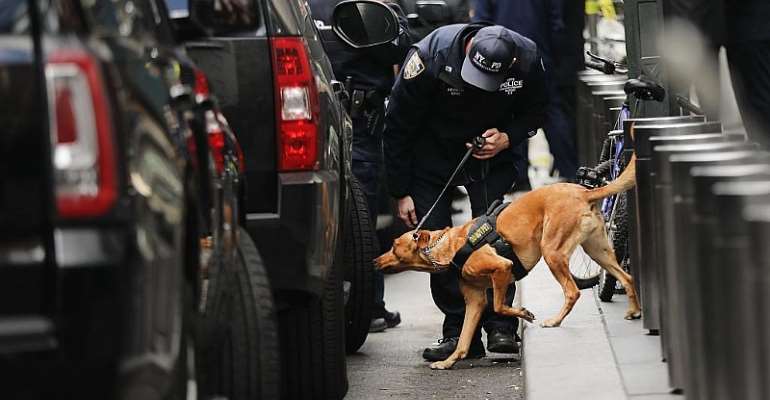 The United States government says it will no longer be sending specially-trained bomb detection dogs to both Egypt and Jordan after cases of improper care, even deaths.

The State Department Office of Inspector General has recommended that the two US agencies - the Bureau of Diplomatic Security and the Bureau of Counter-terrorism - stop sending the specially-trained dogs to Jordan and Egypt following two negative reports published over the past four months.

Outline of report
In Jordan, the latest report released on Friday “ongoing health and welfare concerns among dogs deployed to Jordan”, which is one of the largest recipients of bomb detecting.

It points to the death of several dogs, or those that had to be euthanized over the past 18 months, including at least two from heat stroke, one from a preventable parasite and the fourth from a pesticide sprayed near its kennel.

The report did state, however, that Jordanian authorities agreed to stop using that pesticide around the kennels.

In Egypt, it was reported that at least three dogs died, including one also from heat stroke. It added that Egyptian officials refused to allow US State Department personnel to visit the kennels or the airport where the dogs work.

Attitudes towards animals
Culturally, across the region, there is a poor regard for animals, and in particular dogs. Insults in Arabic refer to dogs and animals in general.

In Egypt, the most populous country in the region, the plight of animals has improved over the past twenty years, but there's still much work to be done.

“We do have issues, serious issues actually,” Mona Khalil tells RFI, the head of the Egyptian Federation for Animal Welfare group.

“It's not only dogs, it's everything related to the word animal. And when it comes to dogs, it's even worse. This is due to a lot of misconceptions related to religion, related to health, social norms, lack of awareness and education.”

The situation in Jordan, albeit a much smaller and less populated country, is similar.

“Things are changing,” Margaret Ledger tells RFI, the founder and director of the  Humane Center for Animal Welfare in Jordan, the only animal rights centre in the country.

“It's not an animal culture from hundreds of years ago. But let's just say things are changing…you can see some cruelty, but that is coming from a lot of ignorance…so there is ignorance, and there is cruelty, [a] lack of how to approach animals.”

Help where it is needed
In each country, the underlying issue remains a lack of initiative at the level of government.

For example, in Egypt, the general organization for veterinary services “is the first entity to be killing street dogs with poison, with strychnine, and this is a daily procedure…and as much as we have been speaking and negotiating with them for the last two decades, they are not listening; whatever we propose, any kind of recommendations from international bodies, it's just not heard,” says Khalil.

And with the surge of people becoming dog owners, the need for government regulation is greater than before.

“These dogs are kept in the worst conditions, on rooftops, in balconies, in basements…but there is no law to give us the power to confiscate animals who are badly kept with owners. We have no laws,” adds Khalil.

Ledger points to a similar problem.
“The reason is the lack of laws,” notes Ledger. “The center has done the laws, helped the government with [them], but the enforcement, the government has to do it with animal welfare places like ours …because people who are in city halls, or government departments like municipalities, they don't really have [an] idea [about] animal welfare, and they work all alone. This is very important to work as a team.”