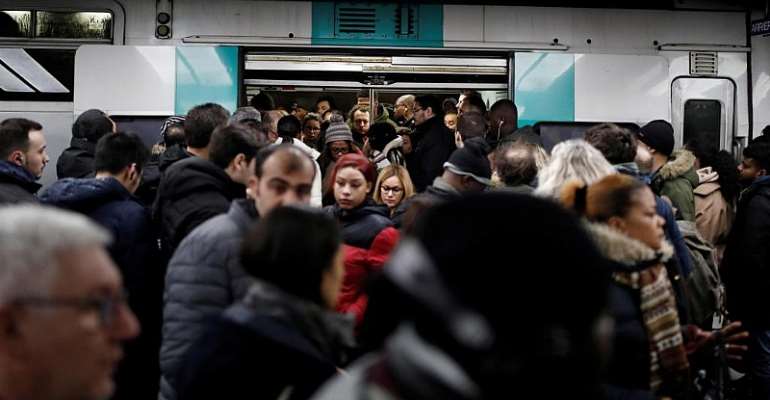 France's top rail network executive on Tuesday confirmed nationwide strikes had left a 400 million euro hole in the coffers. The massive loss of earnings was highlighted on the 20th day of action against President Emmanuel Macron's proposals to reform the labyrinthine pensions system.

SNCF chief Jean-Pierre Farandou told Le Monde newspaper that the economic consequences of the industrial dispute was still being assessed.

"There'll be a serious impact on the accounts for 2019," Farandou said. "The conflict is still going on and so we can't yet say how bad it will be."

Farandou, who took over from Guillaume Pepy on 1 November, said rail bosses were in contact with unions despite the strikes.

On Tuesday SNCF said only one in three high speed trains would run on 25 December while RATP, the Paris metro operator, said only two of the city's 16 lines would work on the day.

Change
The challenge to the planned revamp of retirement benefits has crippled public transport links in cities and led to thousands of train delays and cancellations. Taxis, ride-sharing services and car rental agencies have been unable to compensate.

Negotiations between the government and the unions last week failed to break the deadlock.

Strike leaders emerged from the talks to spurn pleas for a Christmas truce while Macron's ministers strick to their vision of merging the country's 42 pension schemes into one.

Defiance
With talks between the sides scheduled to resume on 7 January, retail shops hotels and restaurants are expected to suffer further losses during what should be one of the busiest periods of the year.

Industry associations have reported turnover declines of between 30 and 60 percent from a year earlier.

But despite the plethora of tales relating ruined yuletide gatherings, support for the strikes remained high though waning slightly.

A poll by the IFOP agency published on December 22 showed public backing for the action at 51 percent of respondents - down three percentage points.