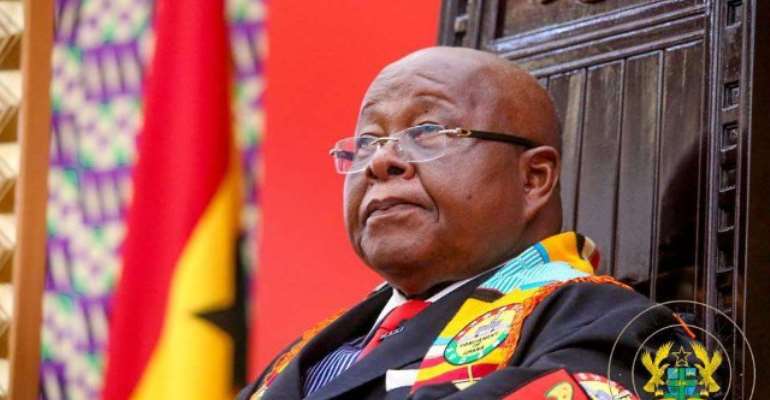 Speaker of Parliament, Aaron Mike Oquaye says the House is considering putting up bulletproof curtains to protect Members of Parliament.

“ It will interest members to know the Board [Parliamentary Service Board] is seriously considering a bulletproof glass curtain to block the chamber for the upmost protection of Members in and out of the Chamber,” he said.

The debate on security was reignited following an armed robbery attack on Nhyiaeso Member of Parliament at his residence in November and an attempted suicide by a 35-year-old man in the Chamber that same month.

The attempted suicide, the MPs argued, had exposed the laxity in the security architecture of the legislature. There was a call for 24-hour police protection to be assigned to each law-maker in and around the Chamber.

The request received severe backlash from Ghanaians who insisted there was no need to spend taxpayers’ money on renovation and security.

Taking to social media to express diverse opinion, some Ghanaians were of the view that it was rather important for the MPs to prioritise the security of the citizenry, especially during elections before fighting to spend money on personal security.

But giving his final remarks before the close of sitting for the festive season, Prof Oquaye said the project will provide Members with the needed comfort and security to operate within Parliament.

“ Work on the parliament House infrastructure project are ongoing and progress is obvious as you can see. The visitors’ centre is also expected to be completed early next year”.