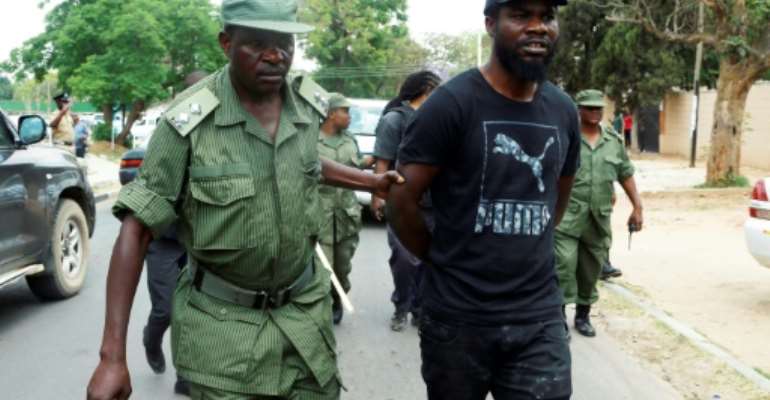 The musician has had several brushes with the law. By DAWOOD SALIM (AFP/File)

Zambian musician and activist Chama "Pilato" Fumba Tuesday said his spirit was unbroken despite his arrest for addressing an unauthorised rally where he spoke about government corruption.

Pilato was detained on Saturday in the southern city of Livingstone and released after paying a bond on Monday night.

"My spirit is not shaken… I am not intimidated.. I am committed to seeing a better Zambia, Pilato told AFP on Tuesday.

Pilato was arrested while speaking about government corruption at a centre run by the Catholic church, according to witnesses.

His first court appearance is scheduled for January 13. If convicted for "unlawful assembly", he faces up to five years in jail.

The outspoken hip-hop artist has had multiple brushes with the law.

In 2017, he was detained with several others as they picketed parliament over the handling of a lucrative contract to buy fire engines.

Fumba was also arrested in May last year following an uproar over his hit song, "Koswe Mumpoto" (Rat in the Pot).

Supporters of the ruling Patriotic Front saw it as an attack on President Edgar Lungu and his government.

The defiant musician said he would continue with his campaign for transparency in government.

"I want the Zambian people to know that the governance system has collapsed and so I will continue talking about the ills," he said.

President Lungu and other senior government officials have been fingered for their role in illicit timber trade, according to the Environmental Investigation Agency (RIA).

In power since 2015, Lungu is facing mounting complaints that he is cracking down on dissent and seeking to consolidate power ahead of elections in 2021.