As Residents Appeal to EPA for Intervention
By Mohammed Saani Ibrahim 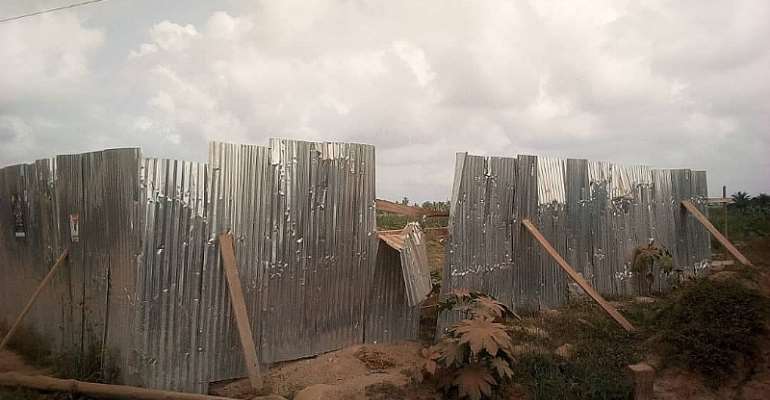 River Nsakina, in the Amasaman Municipality of the Greater Accra is on the verge of been totally polluted by activities of estate developers and businesses.

Residents are therefore calling on the Environmental Protection Agency (EPA) and other appropriate state agencies to come to their rescue to save the rive from been polluted by these unscrupulous citizens for their parochial interests.

River Nsaki in the Amasaman Municipality of the Greater Accra Region which connects to river Densu is one of the important river bodies in the country's capital.

The river which also connects to one of the dams which serves some communities for drinking purposes in Accra is on the verge of been polluted if the Environmental Protection Agency (EPA) fails to take appropriate measures.

This reporter wishes to inform the EPA and appropriate agencies that there is an ongoing project by one Mr. Godfred who is about to put up a fuel station and a washing bay just few metres away from the river.

This individual is using garbage and sand to fill the river which has led to severe pollution in the river and has disrupted its natural ecology.

However, residents have expressed their concern about the looming danger that will befall the community if the EPA fails to prevent the river from been polluted and destroyed, as they fear it may cause a severe flooding when there is a downpour.

Residents round Manhean, Oduman, Nsakina and its environs are already facing challenges of flooding whenever there is a heavy downpour due to industrial plastic and garbage been emptied into the river and lack of drains within the municipality.

The residents are in a state of panic as they made references to the June 3rd 2015, disaster adding that the area is already a flood prone area and it will be dangerous and suicidal if a fuel station is situated which could easily catch fire during flooding.

Motorists applying that rout have not been left out as they have also added their voice to the pending doom that will befall the community should the authorities failed to stop the ongoing project along the shoulders of the river.

This, they call on the appropriate agencies to take pragmatic steps and prevent Mr. Godfried from constructing any structure to block the Nsaki River.

This reporter in an interview with Nii Ayi Kortor, the Chief of Manhean to ascertain whether or not he is aware of the ongoing project to block the Nsaki river, Nii Ayi Kortor denied any knowledge or hand in the said project and described it as something that may pose serious threat to the community when ever it rains.

Checks made by this reporter indicates that some members of Manhean led by one Sule Libya sold the portion of the river to Mr. Godfred in which filling of the river has began with garbage and sand.

The source revealed that this is not the first time this act is going on but the intervention of the Manhean Mantse and the police stopped Sule Libya and his cohorts from blocking and filling of the Nsaki River.