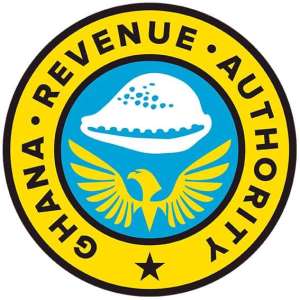 Steel Manufacturing firm, Sentuo Steel escaped its offices from being closed down by the task force unit of the Ghana Revenue Authority (GRA) after releasing a cheque of ¢9.2 million to clear it's accumulated debt to the state.

The debt which includes penalties on delayed import duties and other taxes has accumulated for more than two years according to the GRA.

Senior Principal Revenue Officer at the GRA, Magnus Agyemfra Boateng told Joy News that the time has come for them to take action and take what belongs to the state from these companies.

"Hippo Transport and other companies had an engagement with the Commissioner General and other key stakeholders in the tax office to find a way of resolving the matter but all efforts failed.

“We are closing it down so that the management will come to our office to see the team with a favourable term or part payment,” he

He said the necessary sanctions will be applied if it is established that the cheque they have issued is not genuine.

"We had a briefing with them and indicated that the law shall be applied fully because giving a bounced cheque is an offence,” Mr Boateng added considering the haste with which the cheque was issued.

The Taskforce believes debt management efforts are yielding the desired result in closing its revenue gap for the year.

The Authority’s operations on Monday at the Tema Heavy Industrial Area also found haulage and general goods dealership firm, Hippo Transport culpable for accruing a debt of more than ¢1.3 billion for more than two years.

Several efforts by the Authority to reclaim the debt has failed, a situation which led to the closure of the office premises.