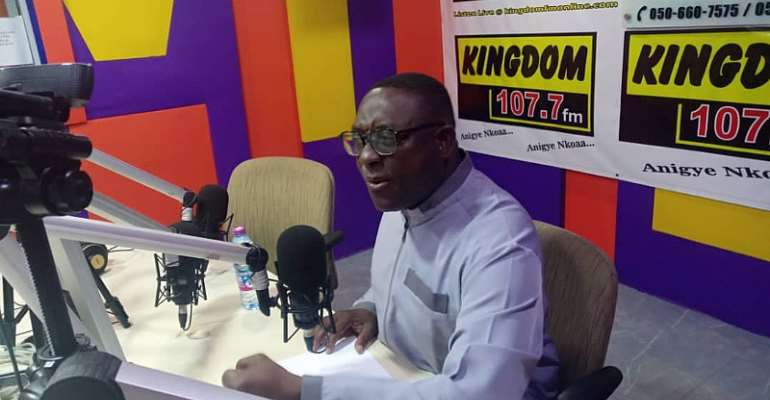 He wonders why the NDC keeps criticizing blindly the economical gains put in place by the NPP.

He stressed that "The flagbearer of the NDC, John Dramani Mahama lacks ideas, the NDC was in power and we saw that they were seriously incompetence in the sense that, they have governed for about 8years with huge amount of borrowing but couldn’t do anything rather than leaving Ghanaians in poverty,” Yaw Buaben Asamoa told Lawyer Ohene Gyan on ‘Pae Mu Ka’ on Accra-based Kingdom FM 107.7

However, he indicated that instead of the NDC learning about the good measures put in place by Nana Addo, they have rather positioned themselves to antagonize the progressive developmental projects of the NPP.

According to Adentan MP, some leaders of the NDC, in their attempt to deny copying ideas from the NPP ended up acknowledging that indeed the NPP had good ideas for Ghana’s development.

He said the NDC party over the years had demonstrated that it lacked ideas for turning the nation’s fortunes around and to make things better for the Ghanaians.

Buaben Asamoa appealed to the supporters to work hard, go from house-to-house to win over more voters and must be vigilant to ensure the NPP secures victory in the 2020 elections.