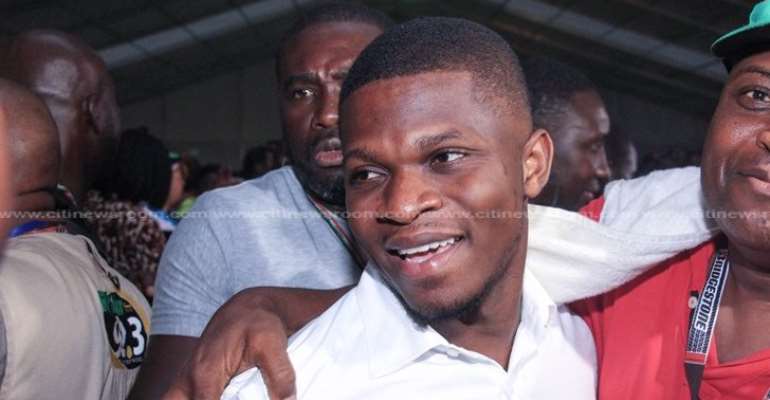 The Communications Officer of the opposition National Democratic Congress (NDC), Sammy Gyamfi believes he is innocent in the alleged forgery case he is being accused of.

Days ago, the Crime Investigations Department (CID) of the Ghana Police Service invited Mr. Gyamfi for questioning following a complaint of an alleged forgery and publication of false information made against him by the Jubilee House.

Although he was at the CID headquarters on Monday, the meeting was rescheduled to Tuesday, December 24, 2019.

Lamenting his ordeal on Eyewitness News, the NDC Communications Officer described the CID’s action as an act of intimidation and harassment.

“It was a clear waste of time and that is what happens when you have a confused, corrupt, nepotistic, and despotic government which prioritizes intimidation of political opponents than the main and critical issue that the people of this country are faced with.”

Mr. Gyamfi further admitted that the allegation was done based on a publication made on Facebook which he could not recall.

He, however, insisted that the Police lacked evidence to back their claims.

“It is instructive to note that the processes they filed in the Kaneshie District Court did not depose to or allude to any evidence of forgery on my part. It is like accusing someone of forgery, and yet, you're unable to show what the person is alleged to have forged.”

“They are unable to show any evidence of forgery on the part of the person and yet you want a court of competent jurisdiction to give you the support to embark on a fishing expedition for information just to pursue a case which doesn't exist. Because that is what this is. It is a marathon and fishing expedition to nowhere. They have no basis for what they are doing,” he argued.

Mr. Gyamfi has been accused of forgery and publication of false information.

Documents sighted by Citi News indicated that police have made a request to the court for permission to examine Mr. Gyamfi's cell phones, among other electronic devices.

The Director of the Cybercrime Unit of the CID officially invited Sammy Gyamfi through a phone call and text message following the complaint.

He was originally scheduled to meet the CID last  Friday, December 20 but rescheduled it to Monday, December 23, 2019, to enable him to write an upcoming exam.