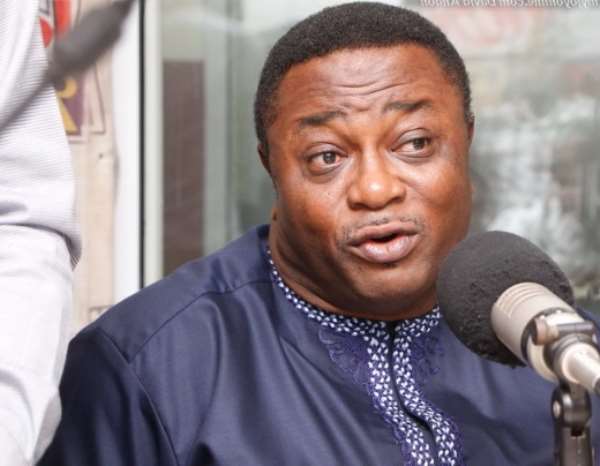 A LEAKED audio interaction from a crucial meeting of the opposition National Democratic Congress (NDC) party has revealed it intends to scuttle the compilation of a new voters' register by occupying the head office of the Electoral Commission (EC) and bringing Accra to a standstill.

The party's Director of Elections, Elvis Afriyie-Ankrah, was captured in the audio encouraging members of the Functional Executive Committee (FEC) of the party and some top personalities to stand up against a new voters' register.

His passion for a Machiavellian approach could not have offered a better reason for their resentment of a new voters' register.

He said if the party does not take employ such a measure against a new voters' register that could spell an electoral disaster for the NDC in the 2020 polls.

He recalled the party's ability to engage in such disturbance of the public peace, saying “we have done it before.”

This, coming on the heels of a press conference the party held recently to express their misgivings about a new voters' register, is enough indication of how a replacement of the roll of voters is a dreadful subject to the party.

Learn from Buhari
Recalling what he observed in Nigeria as an ECOWAS observer during the country's last presidential polls, he said “all Buhari did was to suppress votes in the strong holds of his opponents and then allow free votes in his strongholds and he won in spite of the fact that he was so unpopular.”

Wasted Money
He advised the party leadership not to joke with the subject as he laid bare his analysis of the situation.

Considering the whopping amount of money that the party intends to spend on the elections, he said the venture would be a waste should the polls be lost.

“We should not joke with this thing and if we do the analysis properly, we are going to spend hundreds of millions of Ghana Cedis to do the campaign. If we lose, 'God forbid, God Forbid' the election, all that money would have gone to waste,” he stressed.

NPP Will Easily Cave In
The many withdrawn bills, according to him, suggest that the NPP would easily be cowed into withdrawing the bill on the subject as it has done to many before it.

“We can move people and bring this country to a standstill. Just one day and they will withdraw. They have withdrawn many, many other bills so it is not impossible,” he charged.

He re-echoed that even if the bill is passed “we must resist this thing; we can do it.”

Asiedu Nketia Press Conference
At a press conference held at the party's headquarters earlier, the General Secretary of the party, Johnson Asiedu Nketia, had given reasons why the opposition party is against the compilation of a new voters' register.

Closeness To Elections
According to him, the elections are too close and that the decision itself is a contravention of some aspects of ECOWAS Protocol.

Expensive Venture
He added that a new voters' register would be too expensive and that the amount involved could be used to build roads and schools.