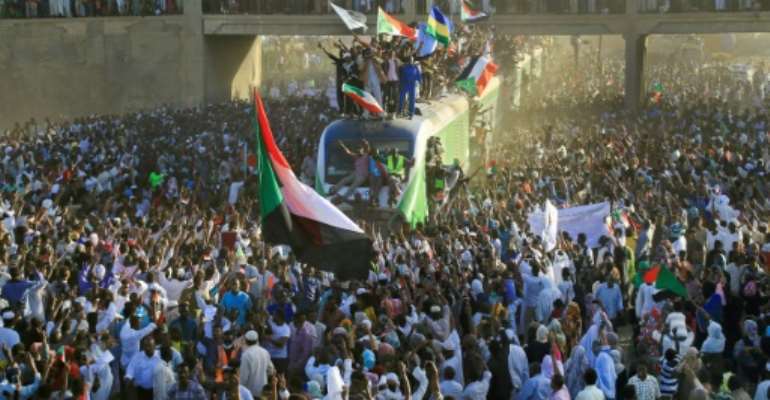 Sudanese protesters days ago celebrated the first anniversary of the uprising that toppled Omar al-Bashir and to demand justice for slain protesters. By ASHRAF SHAZLY (AFP/File)

Sudan has celebrated one year since the start of peaceful protests that ended a dictatorship, but families of the slain "martyrs of the revolution" are still waiting for justice.

The autocrat who ruled for three decades, Omar al-Bashir, is now behind bars, but many who served in his security forces have legal immunity from prosecution.

"The killers are known, we want justice," said Samah Ahmed, 27, the sister of Tarek, who was killed on December 21 last year.

"If we don't achieve justice, it means nothing happened."

Tarek, then aged 22, was among the first to take to the streets in the dusty industrial city of Atbara, the cradle of the uprising 350 kilometres (220 mile) northeast of Khartoum.

It was here on the on the banks of the River Nile that Sudanese held their first rallies in December 2018 against a government decision that tripled the price of bread.

The protests swept across the African nation and by April, they had toppled Bashir -- but Tarek never witnessed that triumphant moment.

His mother, Naimat Abdel Wahab, 52, recalled seeing his bloodied body in the local hospital, a day before he had been due to sit his final engineering exam in college.

"I tried to call him, 'Tarek, Tarek', and called him by his nickname," she said. "When he didn't answer, I saw that he had passed away.

"His friends who were with him at the protest saw who shot him and they are ready to testify in front of any court." 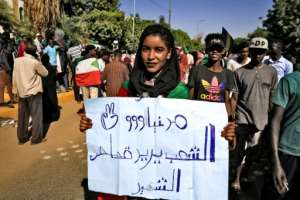 A woman holds up an Arabic-language sign demanding "retribution for the martyrs" during a demonstration last month in Khartoum. By ASHRAF SHAZLY (AFP/File)

Doctors linked to the protest movement say more than 250 people were killed during the months of demonstrations.

Amnesty International, which says at least 177 people were killed, has called on Sudan's new leaders to ensure that those in the security forces "who committed horrific crimes or used excessive force against protestors" must be held accountable.

However, under Sudanese law, members of the Sudanese army, police and intelligence services still enjoy immunity from prosecution.

This also applies to the Rapid Support Forces (RSF), a paramilitary group that was involved in repressing Khartoum sit-in protests and is also accused of crimes in the Darfur conflict that erupted in 2003.

That immunity can only be waived if the military superiors of the accused authorise it after a specific request from the Prosecutor General's Office.

That office issued a statement last Thursday -- on the day Sudanese celebrated the first anniversary of the protests -- calling on the security forces "to remove the immunity faster".

However, it did not specify whether any requests for the lifting of immunity had already been made to the various security forces.

The transitional civilian government of Prime Minister Abdalla Hamdok has stepped up measures to dismantle the former regime and to meet the aspirations of protesters.

In September, Hamdok formed a committee to investigate the crackdown on the Khartoum sit-in, which is due to report back within three months.

And days ago Sudan announced it would investigate 50 former regime figures over the Darfur conflict, for which Bashir is wanted by the International Criminal Court on charges of genocide, war crimes and crimes against humanity.

But for now, some key figures remain in the state apparatus, among them RSF chief Mohamed Hamdan Daglo, who is a member of the civilian-military council overseeing the post-Bashir transition. 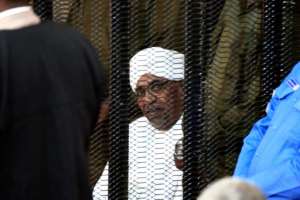 The Forces for Freedom and Change movement that spearheaded the protests have declared seeking justice for the slain a priority.

One of its leaders, Ibrahim Al-Amin, told AFP that "this issue must not take a long time. And it has to be done in a transparent way ... Anyone who committed a crime must face accountability."

Magdi el-Gizouli, an analyst at the Rift Valley Institute, however argued that the current power-sharing arrangement presents a "barrier to a credible investigation".

Another protester killed in Atbara was Mukhtar Abdallah, 28, who died on April 11, the day the army deposed Bashir.

His widow, Afaf Mahmoud -- cradling their baby, born 27 days after his death -- recalled how on that day "the people of Atbara were starting to celebrate in the streets".

After the two were separated in the crowd, she said, she tried to phone him, but another man answered and said her husband had been shot.

"We have video showing the people who shot Mukhtar in front of the national security and intelligence building," she said.

But "until now the case is not ready to go to the court," Afaf added.

"We want justice for all martyrs. Because this transition government came to power through their blood."

Avoid greed, dishonesty and hypocrisy in galamsey fight – As...
4 minutes ago