Twas the strike before Christmas 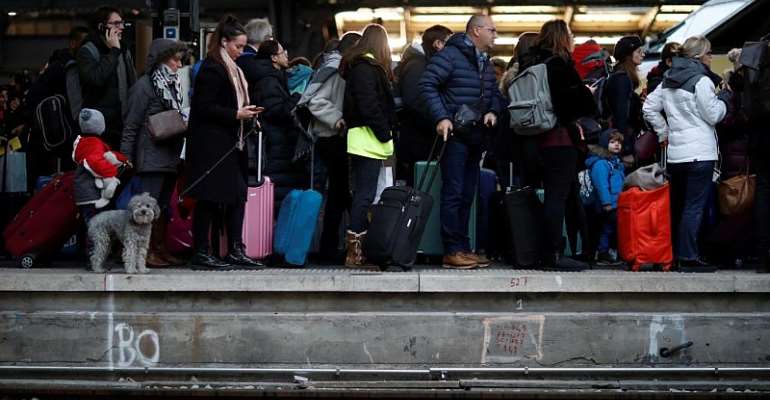 France will spend Christmas Eve riddled by the nationwide strike as it enters its 20th day on Tuesday with only 40 percent of high-speed trains running and six metro lines closed in Paris.

The National French rail, SNCF announced Monday evening that traffic would remain “very disrupted” on Tuesday with only 40 percent of high-speed, regional and inter-city trains running.

In the department of Paris, Ile-de-France, many lines will be closed towards the end of the day and are expected to re-open only “towards the beginning of the afternoon” on Wednesday said the SNCF.

It asked commuters to consult its modified train schedule, particularly for those travelling Tuesday evening.

Metro madness
Here in the French capital, the Parisian public transport system RATP said six out of the some 14 lines would be completely closed.

The only lines that will be running normally will be the automatically-driven line 1 and 14, once again daring those who venture to take a metro to learn about the virtue of patience.

That will change on Wednesday, Christmas Day, an official holiday here in France.

“All lines will be closed”, save for the automatic ones.

Buses, however, are running “more or less” according to normal hours.