'Beyond the Year of Return - a Birthright' campaign to be launched 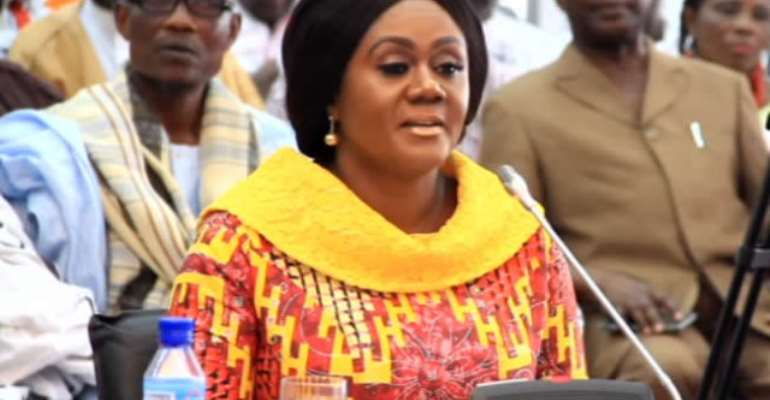 Government intends to implement a campaign-oriented project, “Beyond the Year of Return – a Birthright,” over a ten-year-period to continuously carry out activities to sustain the Diaspora relationship and build on the positive impact of the initiative.

The campaign is on the theme: “A decade of African Restoration 2020-2030”. Mrs Barbara Oteng-Gyasi, the Minister for Tourism, Arts and Culture, made the announcement when the Ministry took its turn at the 2019 “Meet-the-Press” Series in Accra on Thursday.

She said the Year of Return (YOR) initiative revolutionised Ghana’s tourism sector, has projected the country significantly and it is expected that the number of tourist arrivals would increase to 1.1 million by the close of 2019.

She said the sector recorded a tremendous growth of 18 per cent in international arrivals from America, Britain, Caribbean and other key countries, whilst total airport arrivals increased by 45 per cent over the previous years.

This follows the successful implementation of the Year of Return (YOR), Ghana 2019, where the Ministry of Tourism, Arts and Culture recognized and marked 400 years of slavery, by officially commencing ‘YOR 2019” in January with over eighty events comprising stakeholder meetings, investment forums, musical concerts, arts exhibitions, carnivals, and cultural festivals, among others were organised.

The Minister said the numerous activities witnessed in the course of the year resulted in an increase in the tourism sector spending with most major hotels hitting 100 per cent occupancy during the climax of the activities in December.

On the processing of visa on arrival, Mrs Oteng-Gyasi said, there have been major reforms in consultation with the Ministry of Foreign Affairs and Regional Integration and the Ministry of Interior. She said Visa on arrival fees was reduced from $150 to $75, enabling a significant number of people to visit the country.

She said over 500 visas on arrivals would be processed by the end of the YOR, meanwhile over 100 African American and Afro Caribbeans, who applied for citizenship were granted Ghanaian citizenship in November this year as part of the YOR by the President.

“Granting citizenship to Africans in the Diaspora will positively impact the Ghanaian economy,” she said.

Other major events implemented as part of the YOR are PANAFEST, Emancipation, Back to Africa, Ghana Diaspora Celebration and Homecoming Summit, as well as NAACP Jamestown to Jamestown. On the Marine Drive Investment Project, the Minister said, the project is a public-private partnership and would cost 2.1 billion dollars. She said the fund has so far spent 13 million in the form of consultant fees, compensation to vegetable farmers, PWD Staff and other Administrative fees.

The Tourism Minister said the Project Consultants, Adjaye Associates, has finalized the Marine Drive Master Plan design in close collaboration with ABP Consult Limited, the Consortium and Ghana Tourism Development Company. The Minister said institutions with special challenges such as MUSIGA, the Army Barracks, Navy Transit Quarters and Births and Deaths Registry were being engaged to address the issues.

“The Contractor is expected to complete work on the project in six (6) months after which the Arts Centre will be moved to the new site,” she added.

Mrs Oteng-Gyasi said under the Ghana Tourism, Arts and Culture Sector Improvement Project, the World Bank has approved a US$40million loan over a period of five years to support the Ministry and its agencies, to improve the performance of leisure tourism in targeted destination.