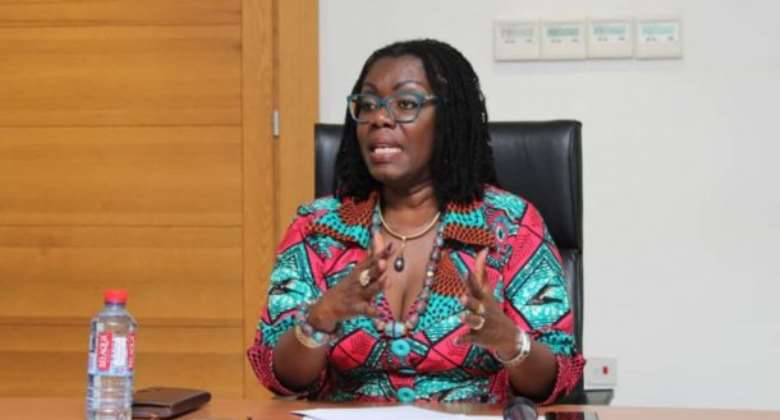 NIGERIA'S UNFORTUNATE EXAMPLE
Nigeria has introduced two bills to criminalize social media content. The bills claim to target hate speech and inappropriate social media content. Amnesty has stated that “Nigeria: Bills on hate speech and social media are dangerous attacks on freedom of expression.” Seun Bakare, Programmes Manager Amnesty International Nigeria explained that “Social media is one of the last remaining places where Nigerians can express their opinions freely. The harassment of journalists and bloggers and the introduction of the Cyber Crimes Act have already shrunk the civic space and created a climate of fear”.

CONCEIVABLE JUSTIFICATION
The Nigerian ruling elite has been subject to some scourge from social media, and that may have prompted these two bills.

At the Commonwealth Business Forum in Westminster on Wednesday, 18 April 2018, President Buhari said, that a lot of Nigerian youth have not been to school but want everything free because the country is an oil-producing state. The youth responded to him on social media with a trending #LazyNigerianYouths hashtag, which went viral. This constituted a social media revolt by Nigerian youths against their President.

Again during his first term in office, President Buhari was taken to Britain for treatment for five months for an undisclosed illness. In his absence, rumors circulated on social media that he had died. The reach of the false information was blamed on social media.

Also, the messages of his administration's harshest critics have gained traction via social media—the most memorable being the #BringBackOurGirls campaign that grew so big that even the first lady of the USA tweeted same.

The daughter of the President, Zahra Indimi has expressed her support for regulating social media, stating that she had been subject to cyber-bullying. She said, “2015 was when I knew what bullying was. It started with my photos going viral. I was actually having a yoga class and I was sweating but people were busy sending my pictures up and down. People used it for their gain during the campaign”.

The first lady, her mother has also stated her opinion on the regulation of social media, “If China can control over 1.3bn people on social media, I see no reason why Nigeria cannot attempt controlling only 180m people,"

Is it plausible that some social media posts have been critical against the ruling administration and the first family—to the point of being too candid for comfort? Absolutely! Does this warrant tampering with a linchpin of republican democracy such as free speech and free expression? Absolutely not!

GHANA'S DANGEROUS EXAMPLE
Ghana has since the inception of its fourth republic been known internationally as a beacon of republican democracy in the sub-region. That reputation rests solely on the fact that it was able to undergo some seemingly peaceful elections, but there is more to republican democracy than being able to hold presumably free and fair elections. In recent times, it would seem that this already fragile democratic credential is being tested. It has followed in Nigeria's footsteps in deciding to tamper with a linchpin of republican democracy—free expression and free speech. Chapter 5 of the 1992 Constitution of the Republic of Ghana Article 21(1)(a) specifically protects every citizen's right to 'freedom of speech and expression'. That notwithstanding, the Ghana Minister of Communications, Mrs. Ursula Owusu-Ekuful, has stated that the government would soon make laws to criminalize the sharing of “inappropriate social media content.” The purported idea behind this move is online child protection, development, and welfare.

The challenge with this policy position is the definition of “inappropriate social media content.” The minister gave none. Who deems what is inappropriate? What then does criminalizing inappropriate social media content mean, especially right before the election year 2020? There are different types of speech, such as hate speech, obscenity, misinformation, and harassment. Which does Ghana seek to target? The minister did not say. At least one of the Nigerian bills has been defined to target hate speech. Though intolerable, but they have stated what they are criminalizing.

Which of the above does the government want to criminalize? An example used for inappropriate social media content by the Minister in her speech were posts containing sexual images. Is she by this defining inappropriate social media content as obscenity such as pornographic content? The vagueness of her speech does not allow one to answer conclusively. However, if it is obscenity she is referring to, then that is already criminalized under various laws of Ghana such as the Criminal Offences Act, 1960 (Act 29) and Criminal Offences (Amendment) Act, 2012 Act 849.

SUDAN, A POSITIVE EXAMPLE FOR AFRICA
While Ghana and Nigeria are going the way of criminalizing social media content, Sudan, the beneficiary of a social media revolution, is commending the importance of social media and leveraging it to the advantage of its fledgling democracy. Its leaders are not afraid of being held accountable through this medium. Rather they encourage citizens to use social media to “keep an eye on us and ensure that public pressure is applied when needed.” Below is a remarkable quote from its current Prime Minister on December 22 via twitter that Ghana and Nigerian leaders could learn from:

“The role of social media should and will not end. I believe that including the vision of social media influencers across all platforms will help amplify the voice of the Transitional Government by showing Sudanese people, in and outside Sudan, as well as the world, what we are doing and reminding people of the government's priorities but most importantly keeping an eye on us and ensuring that public pressure is applied when needed.

Alternative and mainstream media should be treated as a complementary means of spreading information as the former speaks the language of the public at large and especially the youth.

I urge social media influencers to continue their hard work and commitment in finding meaningful partnerships with the stakeholders of this revolution, not just the transitional government which will commit to an open partnership with alternative media—but also with the true stakeholders of this revolution—the people of our beloved country”—Abdalla Hamdok, 15th Prime Minister of Sudan

These are the words of an enlightened 21st-century leader who knows the importance of social media and free speech that holds leaders accountable. His words give great hope for Sudan. Maybe this enlightenment comes from the fact that Abdalla Hamdok, before his appointment, served in numerous international administrative positions—the most recent being Deputy Executive Secretary of the United Nations Economic Commission for Africa (UNECA).

BEST PRACTICE
The following is taken from Harvard University's website and covers guidelines that policymakers can use when thinking of social media or cyberlaw:

[Concerning freedom of speech], The relevant constitutional provision is simple enough: "Congress shall make no law … abridging the freedom of speech, or of the press …" But the case law that, over the course of the twentieth century, has been built upon this foundation is complex. An extremely abbreviated outline of the principal doctrines would go as follows:

state-owned property that does not constitute a "public forum," government may restrict speech in any way that is reasonable in light of the nature and purpose of the property in question.

Content-based governmental restrictions on speech are unconstitutional unless they advance a "compelling state interest." To this principle, there are six exceptions:

The government must let the public know the scope of the definition—what it covers and what it does not.

The government should be careful NOT to engage in an “arbitrary or unlawful” attack on people's privacy and hence violate their freedom of expression that is enshrined in the International Covenant on Civil and Political Rights.”

The government should shy away from increasingly using repressive provisions from penal codes and security laws to criminalize and discredit people who may be critical of the government. This is how democracy works. People have the right to dissenting opinions.

The government should be guided by Resolution 169 on Repealing Criminal Defamation Law in Africa by the African Commission on Human and Peoples' Rights – 24 November 2010 just in case their definition of inappropriate social media content extends to insult and criminal defamation laws. Resolution 169: