US recalls Zambia envoy after spat over gay sex sentencing 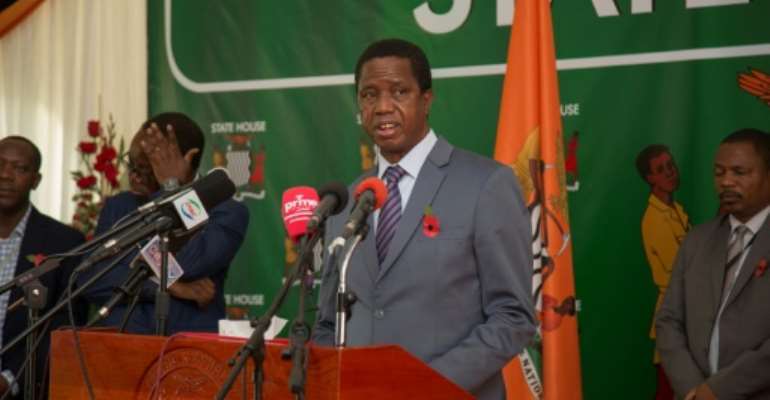 Zambian President Edgar Lungu had complained about the US ambassador. By DAWOOD SALIM (AFP)

The United States has recalled its Zambia envoy after the country's president demanded his removal for criticising the jailing of two gay men, a US embassy source said on Monday.

Ambassador Daniel Foote came under fire after he expressed dismay at two men being jailed for 15 years for homosexuality last month and urged the government to review discriminatory laws.

Foote said at the time that Zambia wanted diplomats "with open pocketbooks and closed mouths" and warned of a "decaying relationship" between the countries.

President Edgar Lungu, in power since 2015, faces mounting complaints that he is cracking down on dissent and seeking to consolidate power ahead of an election in 2021.

He made an official complaint against Foote saying he did not "want such people" among Zambians.

"Lungu said he does not want to work with the man and so there was no point in him remaining here," the embassy source told AFP.

"Remember that there are issues of security and so Washington want their man back. We do not expect a replacement soon."

Another US embassy source confirmed Foote had been recalled, saying he had been declared persona non grata.

Zambia is one of the largest per-capita recipients of American assistance in the world, getting some $500 million (450 million euros) each year.