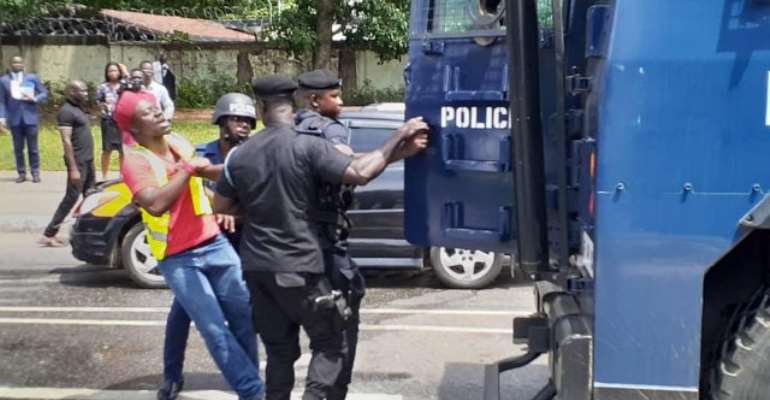 Police attacked law students who protested in Accra in October 2019

Former President JohnDramani Mahama has slammed the mass failures at the law school in a live video Monday.

His criticism follows a question on how he intends to approach the problem that has bedeviled legal education in recent years.

Over 90 percent of students who took the bar in the past years have failed.

Also, LLB holders who have sat for the Ghana School of Law admission exam have had little luck, with over 90 percent failing to make the cut.

Despite experts, criticism of the system and students’ calling for reforms, little has been done.

The immediate past Chief Justice, Sophia Akuffo who was the Chairperson of the General Legal Council which oversees legal education has cautioned against expanding admission.

“Be careful what you wish for,” she said.

She once said as far as she was CJ, there won’t be mass production of lawyers, a comment that drew widespread criticism.

According to her, the quality of lawyers must be prioritised but her critics have said mass production and quality preservation are not mutually exclusive.

Adding his voice, Mr. Mahama said Monday that people should be allowed to pursue their career option without any limitation.

He said clients can choose for themselves which lawyer to purchase but everyone should be free to pursue the field without limitation.