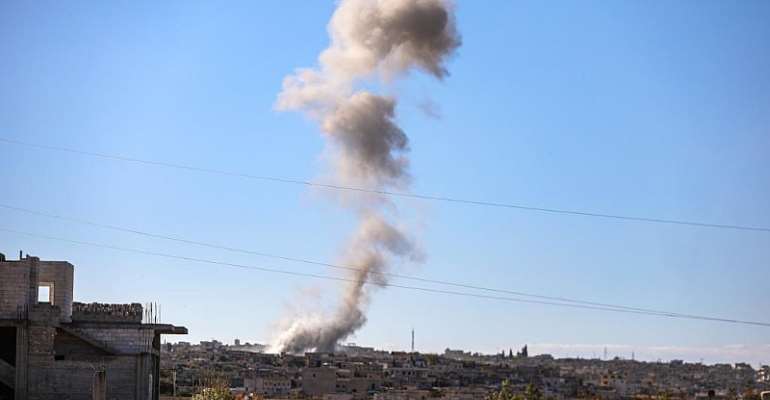 Syrian forces loyal to Bashar al-Assad have seized dozens of towns and villages in the north-west of the country, following days of violent clashes and prompting an exodus of civilans towards Turkey that Ankara says it cannot support.

The fresh fighting in Syria's Idlib province, the last rebel stronghold, has seen some 120,000 civilians seeking refuge in Turkey after Syrian and Russian forces intensified their air strikes in the area last week, says the Humanitarian Relief Foundation, a Turkish aid group.

In response to the surge of Syrian refugees, Turkey's President Tayyip Erdogan said on Sunday that Turkey can no longer handle a fresh wave migrants, warning that European countries will feel the impact if violence in Syria's north-west region does not stop.

Erdogan added that some 80,000 people were making their way to Turkey.

Turkey already hosts some 3.7 million Syrians, the largest refugee population in the world.

The British-based Syrian Observatory for Human Rights added that 40,000 civilians had been displaced since this latest operation began on December 19.

Idlib under fire
“It's a destructive madness that is hitting Idlib province at the moment, [particularly] the town of Maarat al-Nourma,” said Abou al-Houda, a member of the Syrian opposition fighting in Idlib.

“The Russian warplanes drop bombs without any precision. Houses, residential neighbourhoods have been completely devastated. They're just ruins.”

Syrian and Russian forces have upped their bombardment of targets in Idlib, which Assad vowed to recapture.

"The people are caught and can't go anywhere, they suffer through aerial raids and also through mortar and rocket fire.”

Turkish-Russian talks
A Turkish team arrived to Russia on Monday for talks on the fighting in Syria and Libya.

The talks are to take place before Russian President Vladimir Putin, a long-time ally of Assad.