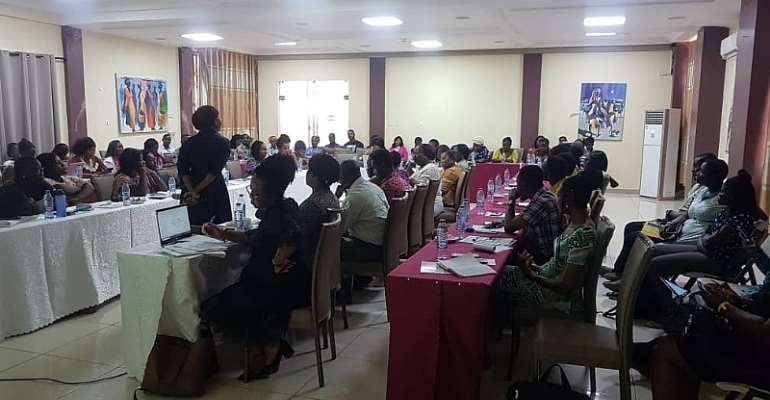 Abantu for Development, an international women’s non-governmental organisation (NGO), has organised a day’s advocacy training workshop for women, stakeholders, media to speed up public support towards the passage of the Affirmative Action Law.

The event, supported by the African Women’s Development Fund (AWDF), was part of a project dubbed: “Strengthening advocacy for the passage of an Affirmative Action Law in Ghana,” with the ultimate goal to secure a legal mechanism for the best gender equality outcomes for citizens in public life.

It further aims at developing and implementing a nationwide affirmative action campaign strategy in order to strengthen advocacy initiatives for the passage of the Affirmative Action Law.

Achieving gender equality in the country.
The Convener and Sustainability Manager at Abantu, Mrs. Hamida Morrison, in a presentation, said gender equality and equity could be achieved in today’s ever-changing world with the passage of the Affirmative Action Law.

Ghana, she said, belonged to the comity of nations and ought to learn from the countries which had passed the law to increase women’s participation in their governance system.

She indicated that what was worrying was the fact that women, who formed more than 50 percent of the country’s total population, were being denied the opportunity to be where decisions were made.

Mrs Morrison emphasised that it was important that the Affirmative Action Law was passed to ensure that women got to where critical decisions were taken to speak for themselves and to make contributions towards national growth and development.

She noted that women were endowed with a lot of potential and must be supported to make meaningful contributions to the growth and development of the society.