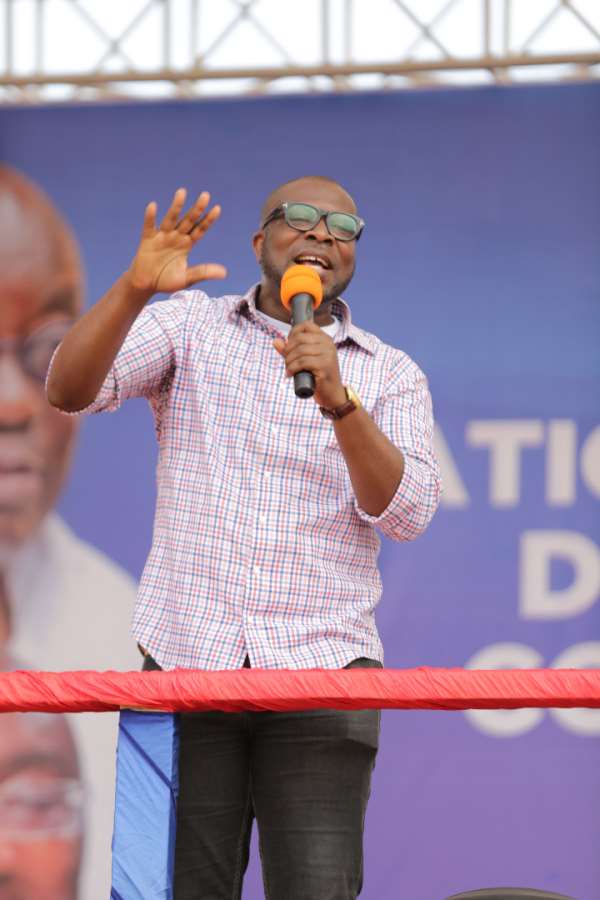 The Director of Programs at the Office of the Vice President, Salam Mustapha has called on Ghanaians to choose a President with a vision in 2020.

Speaking at the rally grounds after the Annual National Conference held at Trade Fair yesterday, Salam Mustapha who is affectionately known on Social Media as SM, said the 2020 polls are between two personalities.

However, Nana Addo Dankwa Akufo-Addo has come to govern Ghana with a VISION.

The vision is free SHS; today over 1.2m of Ghanaian children are in school who hitherto would have been home. The vision saw 100,000 graduates engaged in something productive under NABCO.

The vision has seen an emerging buoyant economy with strong microeconomic stability. Planting for food and jobs which has resulted in abundant harvest across the country. 1D1F, one village one dam in the north. 2bn Synohydro for massive infrastructural development in this country.

All of these are why we need 4More 4Nana to do more. We have performed better. And with another term, we will do more.

Salam Mustapha who is also former Deputy National Youth Organizer of the party called on supporters of the new patriotic to proudly trumpet the good works of the visionary President in other to ensure we don’t go back to the Incompetent Leadership where dumsor and corruption were the order of the day.

Other dignitaries such as Sammi Awuku, Kennedy Agyapong, Bernard Antwi Boasiako Wuntumi, Alan Kyeremanten, Dr. Bawumia, President Akufo-Addo and many more mounted the podium to speak to the crowd.