There is no way Bashir will be tried in Sudan for war crimes committed in Darfur: lawyer 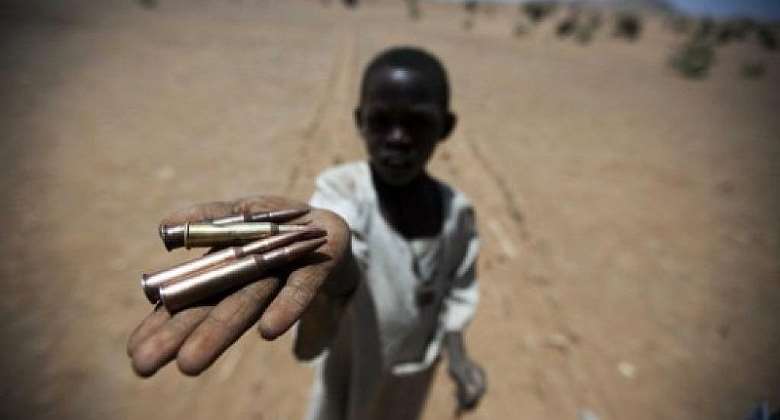 Deposed Sudanese president Omar al-Bashir will not be tried for alleged war crimes, genocide and crimes against humanity committed in Darfur from 2003 onwards, according to a Sudanese human rights lawyer.

He was reacting to an announcement made by the new prosecutor general on Sunday that an investigation into Darfur crimes would be carried out.

“These crimes were committed before the law came into force, so the law won't apply on all [these crimes] committed before 2008,” said Amir Suliman, Sudanese lawyer and co-founder of the African Center of Justice and Peace Studies (ACJPS) in Kampala.

The Sudanese criminal law was amended in 2008 to include crimes against humanity and war crimes, according to Suliman.

The Darfur conflict began in 2003, when rebels from ethnic groups in the western region of Sudan started an armed movement against the government to protest their marginalisation, sparking a brutal repression by government and government-backed militias, including the Janjaweed.

Most of the violence in Darfur was carried out before 2008.

The UN cites a total of 300,000 people killed and 2.5 million displaced due to the violence.

Why the Bashir case is still at the ICC
Bashir, who was deposed in April by the army following opposition protests, has a long-standing warrant out for his arrest by the International Criminal Court in The Hague.

“We started an investigation about the crimes that have been committed in Darfur from 2003,” Sudan's prosecutor general Tagelsir al-Heber reportedly said on Sunday in Khartoum.

Although this would be the first Sudanese investigation, it holds no weight, according to Suliman.

“This is why the case was referred to the ICC,” Suliman told RFI. “The justice system, the judiciary, the attorney general, the police … they were all supporting Bashir, which is why when the law came into force in 2008, not one single case was taken to court,” he added.

The government investigation is not satisfactory for the Darfuri people either, he says. The ACJPS went to internally displaced camps in Darfur in 2018, as well as refugee camps in eastern Chad to speak with victims of the violence.

They told Suliman and his team that the only way they would feel justice has been served is if Bashir is brought to the ICC.

“That is the only way they can get redress because they tried the national system when crimes were committed against them [and their families], including rape, murder and taking their property away,” said Suliman, adding that their cases were ignored.

Galamsey: We have to win the fight to protect our heritage -...
35 minutes ago