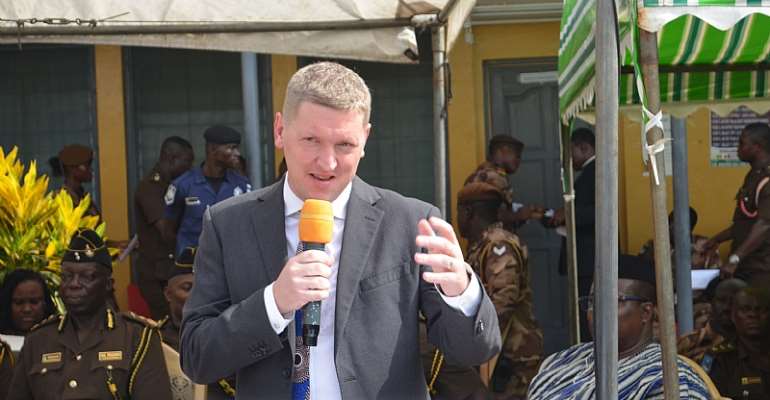 The British High Commissioner to Ghana, HE. Iain Walker has stated that the UK government is committed to Ghana’s drive towards criminal justice reforms. He said this at a handing over ceremony of a refurbished clinic at the Nsawam Medium Security Prison on Friday.

The project forms part of the British Government’s investment of about GH 3.5 million to support the Ghana Prisons Service Transformational Project. The support, has over the past five years, resulted in diverse gains by Ghana’s prisons system. These include the renovation and refurbishment of medical facilities of the Nsawam Medium Security Prison; provision of laboratory and medical equipment to the Nsawam Medium Security Prison; refurbishment of the High Court facility at Nsawam Medium Security Prison; provision of two (2) 33-seater buses for the Ghana Prisons Service. Others include the renovation of selected ancillary facilities at the Ankaful Main Camp and Annex Prisons, and capacity building of Prisons staff in the areas of screening, classification and professional handling of prisoners in modern correctional practice.

HE. Iain Walker mentioned that the aim of the British High Commission is to assist the Ghana Prisons Service to reduce congestion in prisons, improve healthcare of inmates and create an environment that supports inmate rehabilitation and reformation.

He implored the Prisons Administration to commit to sustaining and maintaining the investments the High Commission put into improving the standard of the facility.

The Minister for the Interior, Mr Ambrose Dery, on his part, expressed appreciation to the British High Commission for the gesture stating that the support would in no small way, push Ghana’s prison system closer to best international standards and practices.

He added that government was aware of the challenges confronting the Ghana Prisons Service including overcrowding and has taken steps to address them. Among the challenges the minister mentioned was the daily feeding rate of GH 1.80 per inmate.

Mr Dery admitted that the current feeding rate of GH 1.80 per prisoner per day is woefully inadequate for any decent meal and stated that government is seriously considering increasing it to meet the needs of the time. Other interventions to improve conditions, according to the minister, included the ongoing construction of a remand prison at Nsawam and government approval for the Church of Pentecost to construct 5/five camp prisons across the country, two of which are already under construction at Ejura and Nsawam. This, he said, is aimed at reducing congestion in Ghana’s prisons. The Minister also stated that efforts are ongoing to pass a new Prisons Bill into law to enable the introduction of the alternative sentencing regime which will allow for options to imprisonment, including community service.

The Director-General of Prisons, Mr Patrick Darko Missah, commended the British High Commission for the intervention and stated that, apart from the over three thousand/3000 inmates who are assured of improved healthcare services, officers and their dependents, as well as inhabitants of surrounding communities, stand to benefit from the clinic’s services.

Mr Missah acknowledged the general improvement in prisoner management across the country’s prisons which he attributed to training programmes organized by the High Commission for a cross-section of officers on best practices in prison management over the period. It was his hope that the gesture would be the beginning of more collaborations between the High Commission and the Prisons Service as they strive to make society safer. 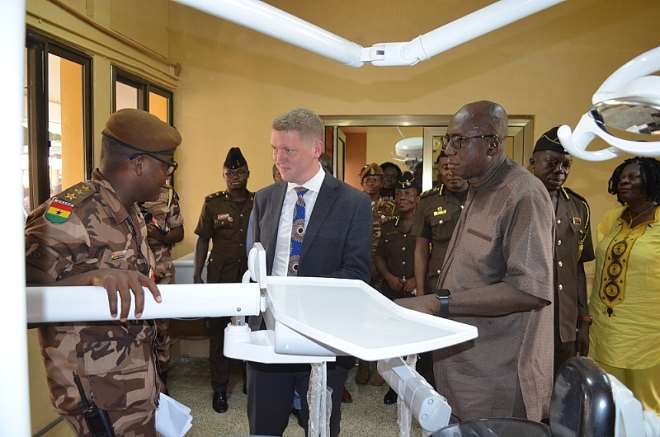