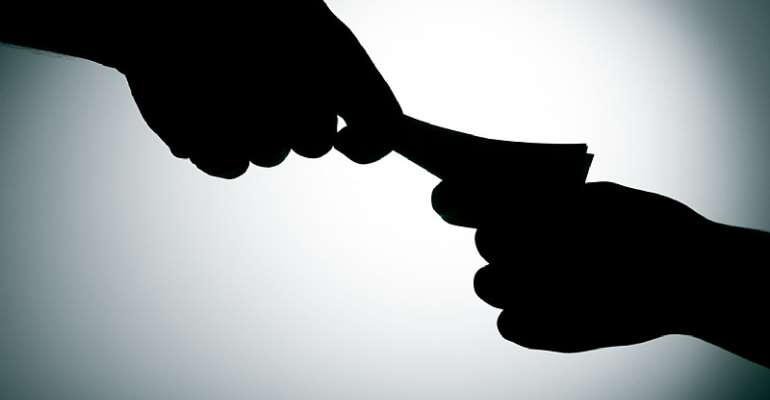 A Unit Committee member of Famang Electoral Area in the Ahafo Ano South district of the Ashanti region, Kwadwo Owusu Ansah, has cursed the officials of the National Identification Authority (NIA) for taking bribes in the ongoing Ghana Card mass registration exercise.

Invoking the deity of River Antoa (Antoa Nyaman), he said the officials have been in the practice since it started, collecting money from persons who do not join the queue as a “short cut” means to have their registrations done, at the expense of those in the queue.

Speaking in an interview on Otec Fm’s afternoon social programme ‘Asem Beba Dabi’, hosted by Nana Yaw Krobea Asante, on Monday, December 23, 2019, he said he went to the center early in the morning, but just to see persons paying money to the officials to bypass him to do their registrations.

“I woke up at 3 am on Sunday, I was the sixteenth on the queue, but interestingly, when it was my turn, the officials started collecting GHC 10 from persons who were not in the queue. This has been going on for a long time so I invoked ‘Antoa Nyaman’ to curse them to stop that criminal act,” he added.

“Though I have reversed the curse, the officials have vowed not to register me. I have made complaint the DCE of the area but he is yet response to the situation,” he bemoaned.

Professor Kenneth Agyemang Attafuah, Executive Secretary of the NIA, addressing the media in Kumasi before the start of the exercise in the Ashanti region warned that paying or giving money to any of official before, during or after the registration process will be considered as a bribe and it is a criminal offense, “because the exercise is free of charge.”

But listeners who phoned in from other centers in the region during the programme expressed their disappointment at NIA for not investigating bribery allegations leveled against the officials.

They are of the view that officials of the NIA are in the region, which is the most densely populated in the country, to make money rather than offering the service which is free.

A total of 833 registration centers have been set up for the exercise and these centers would be opened from 0700 hours to 1700 hours, each day, except on Sundays and statutory public holidays, from Wednesday, 11th December 2019 to 8th January 2020.