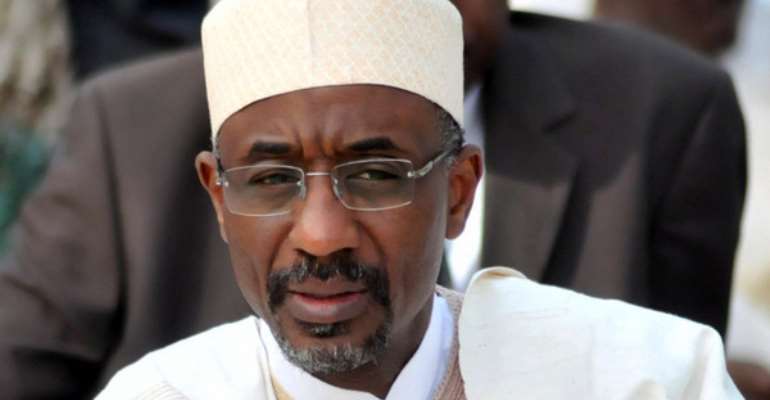 Northern elites have finally woken up on Sunday, December 22nd with a frantic attempt to settle the feud and stop the plot to depose Emir Sanusi Lamido Sanusi as Emir of Kano. I have written an angry piece on last week titled ‘Planned Deposition of Emir Sanusi and the Silence of Northern Fools’ where I posited that it is foolishness of the highest order for northern elites to be silent as Governor Ganduje destroys the symbol of northern unity and cohesion.

Information reaching me suggests that the plot to put together a high powered committee to address the issues came partly from the harsh tone of that piece which I sent to key northern leaders. A high powered delegation led by General Abdulsalami, with Gowon actig behind e scene, have been assembled by the presidency to unite the two fighting elephants of Sanusi and Ganduje and save the Kano Emirate from public ridicule and mockery.

Some editors have asked me to tone down the title of the piece, and remove the offensive word ‘fools’ and I have refused because I am no more ready to tolerate foolishness from our leaders as the nation sinks.. Igbos are in a quagmire today because since the 2nd tenure of Uwechue as President General of Ohanaeze Ndigbo in 2011, we have consistently taken foolish decisions that turned us into political orphans in Nigeria held bound by a mob of separatist murderers whose propagandist dispositions have defied the sensibilities of the international community.

Therefore, it is foolishness for northern elutes to allow Ganduje to depose Sanusi, and I have alluded to the reasons in the first piece.

By the way, who is Governor Ganduje that Emir Sanusi cannot criticize him? Sanusi as emir represents northern unity and cohesion, Ganduje as Politian represents northern corruption and impunity. Sanusi holds a traditional title; Ganduje holds a ‘do or die’ democratic title. While the traditional stools have held the north together, the political stools have looted the north to the point that even some 30 year old men are almajiris in the north.

Sanusi criticized a massively corrupt technocratic bandwagon assembled by Jonathan, whose corrupt credentials made the west decide to remove him as president of Nigeria in 2015.When another set of corrupt people wanted to hold Buhari to ransom with fictitious and fraudulent exchange rate differentials, Sanusi criticized the new emerging billionaires. The CBN and Buhari’s men took correction.

Sanusi criticized the Boko Haram insurgents to the point that they plotted to assassinate him at the Kao Central Mosque, leaving over 200 persons dead in the process.

Sanusi can criticize anybody, Christian or Muslim, elite or masses. Why should Ganduje turn Sanusi to an imbecile? Tufiakwa.

The worst humiliation to the Emirate stool is the new law that when an emir wants to travel out of the state, he sends letter to the local government chairman, instead of the governor. Thus Emir Sanusi will have to take permission from a houseboy local government chairman of Kano Metropolis before he can visit the Emir of Zazzau in Zaria. Soon the law will be extended to Sokoto and the Sultan will take permission from the Chairman of Sokoto Local Government Area before he can attend Argungu Festival in Kebbi Emirate jurisdiction. The Shehu of Borno will soon beg Maiduguri Local Government Chairman before he can attend a state function in Abuja.

Governor Ganduje has humiliated the north. He has desecrated the revered emirate mystique of northern Nigeria. This nuisance may continue until Almajiris turns Emirs to lap dogs. Babangida started it, Abacha joined in 1996, Obasanjo and Aliero took it to another level in 2005. These men are former Presidents. Now a Governor is threatening an emir as though he is a councillor. Soon a local government chairman will depose the Emir of Bauchi, and soon again road transport workers will banish an Emir of Daura. Ganduje is sowing the seeds and it will germinate very soon.

Last week I called upon President Buhari, Chief of Staff Abba Kyari and Chief of Cousins Mamman Daura in the earlier write-up to intervene. I thank them for their intervention together with Generals’ Gowon and Abdulsalami, Governor Fayemi, Alhaji Adamu Fika and others who acted behind the scene. I hope they finish the assignment and stop the madness.

It took Governor Isa Yuguda’s boldness to banish Boko Haram from Bauchi State while his counterpart who is visionless, embraced and funded the terrorists in Borno State, leaving over One hundred thousand Nigerians, including Igbos and Christians, dead and millions orphaned and displaced. The visionless ex-governor Sheriff is enjoying his life but the calamity be brought on Nigeria is still with us. Let this not be repeated in Kano, in the north and in Nigeria as a whole.

The Bible said in Psalm 49 verses 20 that
‘’Man that is in honour, and understandeth not, is like the beasts that perish’’.

Emirateship has given honour to the north; let them not allow Ganduje to demystify it. We Igbos are yet to recover from the demystification of our national space by charlatans as leaders and activists.

I am happy that the northern elites have shed foolishness, and the Buhari backed Abdulsalami Committee will hopefully stop the north from precedential cataclysms which the planned deposition of Emir Sanusi will bring.