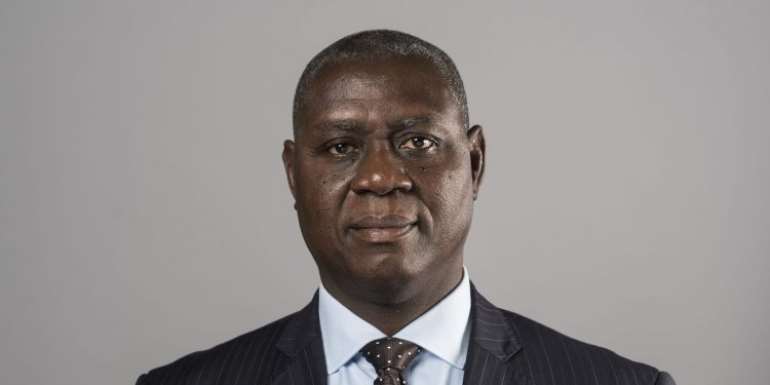 The vetting was initially expected to come off on Saturday, December 21, but was opposed by the Minority which argued that it had not been given enough notice.

It even threatened to boycott the vetting, accusing the Chairman of the Appointments Committee of Parliament, Joseph Osei-Owusu, of attempting to rush the process through.

But an agreement was subsequently reached following further consultations by the two sides and an intervention by the leadership of the House. Put vetting on hold – ASEPA warns

The Executive Director for the Alliance for Social Equity and Public Accountability (ASEPA), Mensah Thompson wants Parliament to put on hold, the vetting of Justice Anin Yeboah to allow for CHRAJ to complete investigations on a petition against the nominee.

Mr. Mensah had alleged that Justice Anin Yeboah has not disclosed his assets and liabilities as required by law.

According to him, the approval of Justice Anin Yeboah will be contrary to article 286 of the 1992 Constitution which demands that a public officer declares all assets or liabilities in a written document to the Auditor General.

“Once CHRAJ has told us that it is commencing an enquiry into this allegation, then we believe that Parliament should hold on to the vetting of Justice Anin Yeboah so that CHRAJ can make a determination of the matter and then they can continue with the vetting. Parliament vetting Justice Anin Yeboah and subsequently approving could prove to be prejudicial to the processes going on at CHRAJ,” he said.

Mensah Thompson had also petitioned the Speaker of Parliament over the nomination of Justice Anin Yeboah as the Chief Justice.

According to the petitioner, any Parliamentary approval of Justice Anin Yeboah will go contrary to Article 286 of the 1992 constitution because he has allegedly not disclosed his assets and liabilities as required.

He has also filed a complaint with the Commission of Human Rights and Administrative Justice (CHRAJ).

Mr Thompson argued that Justice Anin Yeboah, prior to his nomination as the Chief Justice, had been a Justice of the court of appeal and was required under the constitution to have declared his assets and liabilities.

“The basis of my petition is that I have filed a complaint against the nominee with the Commission of Human Rights and Administrative Justice (CHRAJ) under article 286 of the 1992 constitution for non-disclosure of assets and liabilities. I have attached to this petition my letter to CHRAJ and the acknowledgement of receipt for your attention.” The approval has been a Justice of the Court of Appeal since 2008 and was required under the constitution of Ghana which is the highest law of the land, to have declared his assets and liabilities.”