Another Questionable Scheme To Hurt This Country In The Offing

By Institute for Energy Security (IES) 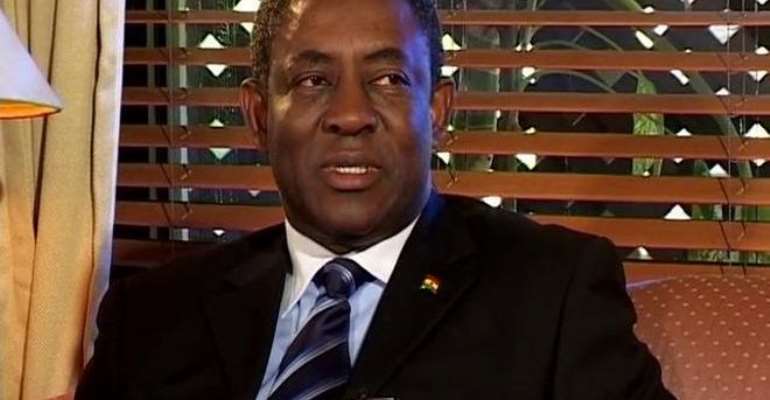 The Institute for Energy Security (IES) wishes to first and foremost commend the outgoing Managing Director (MD) of the Tema Oil Refinery (TOR) for choosing a path of integrity (resignation) rather than to continue as MD and invariably become a party to a questionable scheme that would hurt this country, benefit few private individuals, and saddle TOR and Ghana with more debts.

Investigations by the IES indicates that the MD of TOR was forced to leave his post for refusing to sign-off a Tolling Agreement (TA) at a rate of US$1.5 per barrel for the utilization of both the Crude Distillation Unit (CDU) and the Residual Fluid Catalytic Cracker (RFCC); instead of an average rate of US$4.5 per barrel for an $11m barrel cargo to be refined.

Currently, TOR charges Vitol/WoodfieldsUS$2.5 per barrel for the utilization of only the CDU, without the use of the RFCC. Should TOR agree to sign for a Tolling Fee of US$1.5 per barrel, the entity would be unable to cover operational cost, let alone start and operate the plant; as TOR needs a minimum revenue of $US6 million on monthly basis to begin to recover, assuming no debt is paid.

It is this unfair and uneconomical agreement that some persons of interest were exerting pressure on Mr. Osei to sign-off, or resign instead. Had he agreed to this, the huge difference in the questionably discounted Tolling Agreement running into millions of dollars would have gone into private pockets as effortless profit. To the public purse however, this will be hard debts to be borne by the Ghanaian taxpayer without anyone being prosecuted for it. It would have simply been explained as usual as bad debts due to “management mistakes and wrong judgment.”

It would be recalled that IES in January 2018 called on government to arrest the leadership crisis at TOR which subsequently led to a loss of over $24 million in just one transaction and bad judgment. Almost three years under his leadership the refinery still struggles to operate at full capacity, with low asset utilization.

While the IES has had issues with Isaac Osei’s leadership of TOR in the past and would have expected to see him sacked months ago, his recent resignation and the issues outlined above present him as a bold spirit in the fight against corruption, stealing, and patronage.

The Institute would do Ghana a great disservice if the issues surrounding Mr. Osei’s resignation are not publicly and clearly laid bare for the Ghanaian public to understand, and to be prepared to bear a potential loss of US$27.5 million to the state, if TOR subsequently agrees to process the 11million barrels of crude on account of some greedy institution and personalities.

While the IES is fully aware that the government is taking drastic steps to appoint a “more cooperative” MD to take-over from Mr. Osei in order to push through this questionable agreement among others, the IES wishes to send out a clear signal to government of its preparedness to go an extra mile to ensure TOR, and by extension Ghana is not ripped off anymore.