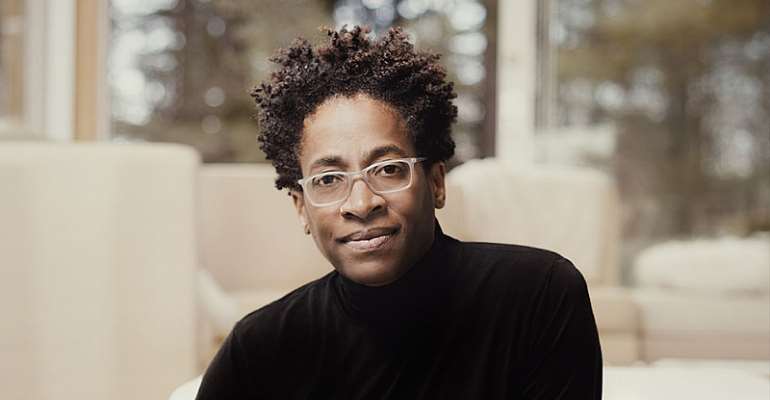 I read Isaac Ato Mensah’s take on Jacqueline Woodson’s deftly nuanced travelogue on Ghana, titled “What Jacqueline Woodson Did Not Tell You” (Ghanaweb.com 12/11/19), and found it to be rather officious and presumptuously distasteful, if also because Mr. Ato Mensah cavalierly presumes to be tutoring the erudite and emotionally and psychologically and culturally far more sophisticated African-American writer on what Ms. Woodson ought to have been looking for, in terms of the stereotypically pejorative and primitivist fare which has invariably characterized the writings of many a Western-European visitor and tourist to Ghana and elsewhere on the African continent and, indeed, the so-called Third World, in general, for as long as any of us can remember. This pretty much reminded me of Prof. Henry Louis Gates’ all too predictable and insufferably cynical documentary survey of 500 years of African history and culture, equally cynically titled “Wonders of the African World” (PBS-/BBC-TV 1999).

You see, the problem with pathologically superficial and clinically self-alienated and inferiority-complex afflicted Ghanaian writers and social critics like Ato Mensah is that had Ms. Woodson concentrated on the negative aspects of Ghanaian society and culture, this same “native son” would most likely have gone swinging and virulently accusing the award-winning American writer of Ghana- and/or Africa-bashing. The least that Mr. Ato Mensah could have done ought to have been to have humbly, gratefully and heartily celebrated the inimitably balanced perspective of Ms. Woodson on the latter’s honestly resplendent portrayal of her experiences in Ghana in the rarely empathetic manner of an African-American woman who has experienced racism, gender and sexual-orientation discrimination and social and cultural marginalization than Ghanaian social critics like Mr. Ato Mensah could ever imagine.

Which is why his rather infantile attempt to patronize Ms. Woodson can only be pitied. For instance, informing his readers that a recent Pew Research Center’s opinion survey of Ghanaians indicated that at least 75-percent of Ghanaian citizens resident at home would like to emigrate abroad, Mr. Ato Mensah did not specify the preferred destinations of these would-be emigrants in his article, was simply noetic and inexcusably absurd. The fact of the matter is that at least an equal percentage of Africans on the continent but outside of Ghana have an equal urge to emigrate elsewhere. Invariably, in Third-World countries, such urge or wanderlust is primarily motivated by the relatively greater access to such creature comforts as educational and professional opportunities, good jobs and housing accommodations, as well as ready access to healthcare facilities and systems that actually work.

You know something, Dear Reader, the fact of the matter is that if the Ghanaian critic whose take on Ms. Woodson’s afore-referenced New York Times article had bothered to read the results of the Pew Research Center’s survey conducted on the same subject vis-à-vis nationals of Central, Southern and Eastern African countries and Caribbean and Latin-American countries, as well as Southwestern and Eastern Asian countries, Mr. Ato Mensah would have discovered to his silly surprise that the percentages of people who are eager to emigrate outside their countries of origin are not significantly any different from the 75-percentage figure that the Pew Research Center gives for Ghana. The following quote from Mr. Ato Mensah also wracked yours truly with amused contempt: “Tesano, where Woodson stayed in Accra[,] which she called ‘the upper middle-class area,’ should be taken with caution. In Ghana upper middle-class neighborhoods have open gutters, and rubbish burning is a daily affair in individual homes.”

Precisely what this clearly naïve and lamebrained dirty-linen-washing Ghanaian social critic intends or implies here is not clear to me, and I am equally certain that this negative portrayal of the Accra suburb of Tesano would not be clear to other readers, including both Ghanaians resident at home and abroad. Indeed, were he a critically thinking reader, Mr. Ato Mensah would have deeply taken in this part of Ms. Woodson’s very rich narrative with gusto, especially those parts where this very realistic and psychologically, emotionally and morally balanced writer and mother of two teens compares her relatively deprived socioeconomic existence in the American South with that of the relatively more socioeconomically comfortable existence in the America that is north of the globally infamous Mason-Dixon Line, so-called. Indeed, if he had paid sedulous attention to Ms. Woodson’s narrative, the pathologically exhibitionistic Ghanaian critic would have learned something very instructive and worthwhile about the vast and diverse national environment in which the writer grew up and has been living and working in for most of her life, and which accurately informs her equally realistic and deep and accurate appreciation for Ghanaian society, in general, and the places she visited and stayed during her epic “return” stint in particular.

In contrast to the piles of negative description of Ghana that constitute the entirety of Mr. Ato Mensah’s rather brief rejoinder, Ms. Woodson finds a lot of culturally and environmentally redeeming aspects of Ghanaian society that make her travelogue both instructive and worthwhile reading; and it is these aspects of her portrayal of Ghanaian society that prompt the gainfully employed African-American novelist and scholar to ask her children, whether they would be apt to grab at or pass up an opportunity to spend part of their lives and time living in Ghana. To which both of these teens reply almost at the same time, matter-of-factly, as follows: “If we have to,” yes! Put in simple language, what these two clearly well-mannered teenagers seem to be saying is that the Ghanaian society and environment which they recently experienced with their two mothers, Ms. Woodson is a self-assured and a proud lesbian in an interracial relationship with a White-American woman partner and co-parent, may not exactly be the best of worlds or the most ideal of places, relatively speaking, of course, nevertheless, Ghana is definitely neither the worst possible place on Earth or environment for anybody with a good head on their shoulders to think of putting up residency in. At least for some part of the year.