Six dead in accident at Kobre, 10 others injured 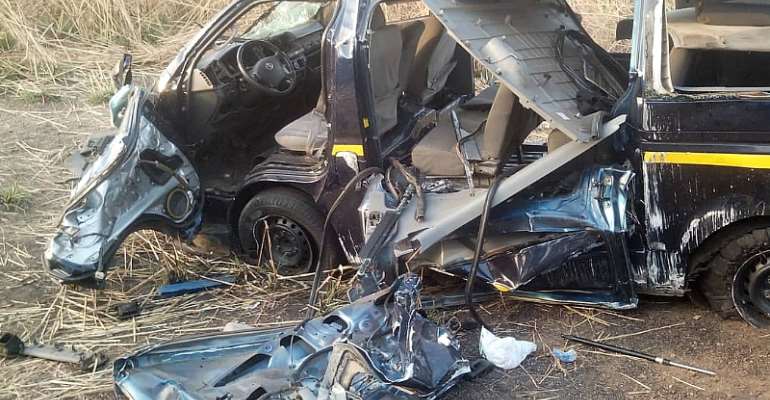 Six out of 16 persons who were on board a minibus with registration number AS 3976-18, travelling from Kumasi to Yeji, have lost their lives in a gory accident at Kobre.

The accident occurred seven kilometres to Yeji in the Pru East District of the Bono East Region.

The injured persons are currently receiving treatment at the St Matthias Hospital at Yeji.

Speaking to Citi News, a doctor at the St. Mattias Hospital at Yeji, Dr. Lukeman Ahmed said injured persons had been stabilised.

“Around three to four this afternoon, we had a call that there was an accident around the Kobre – Yeji stretch. We went there and brought them to the emergency. About six of them were dead, whiles the rest are managing at the emergency ward. Most of them are having head injuries, some with fractures and suspected chest injuries. Most of those who are dead suffered from severe head injuries and chest injuries,” he said.

“So far, we have managed to stabilize those in the emergency ward. They are currently treating those with severe lacerations. There is one woman who needs a blood transfusion and oxygen. We are hoping she will pull through,” he added.

With few days to the start of the Christmas festivities, the Accra Metropolitan Assembly and other stakeholders have called on Ghanaians especially drivers to ensure an accident-free festive season by driving carefully.

Over the years, there has been a hike in road crashes during Christmas festivities.

Although this year has seen a slight decrease in road fatalities, the Assembly has noted that it is committed to reducing it to the barest minimum.