NPP Delegates Conference: Akufo-Addo chronicles his tour of the country 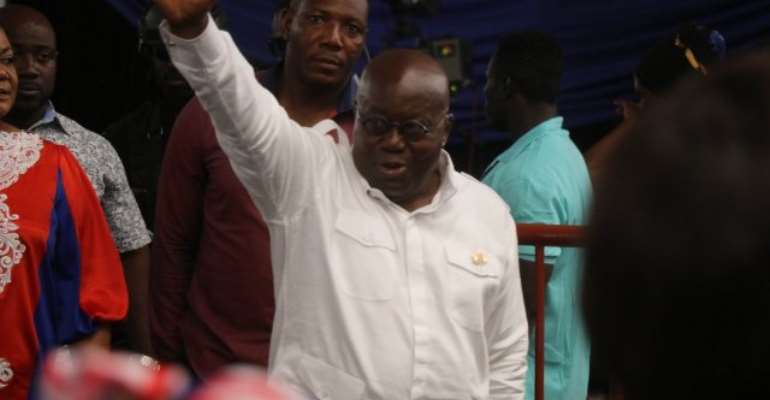 President Nana Addo Dankwah Akufo-Addo in an attempt to show his ‘hands-on’ performance in office has chronicled his tour across the country.

According to him, in his three years reign as President, he has been travelling around the country to assess the work his administration has been doing.

The President said this while addressing delegates Sunday at the New Patriotic Party (NPP)’s National Delegates’ Conference held at the Trade Fair Centre at La in Accra, December.

“I know all of Ghana and I’ve been visiting and visiting. So you don’t have a president who’s just sitting in his office, we have a president who is seeing what is going around in Ghana”, the President said in justification of his tour of the country.

He said, his tours around the country have revealed the immense support his administration and the party are receiving from Ghanaians, and this he says encourages him to do more.

“What I’ve seen which encourages me is the strong support from the Ghanaian people for the work that we have done all over the country. Everywhere that I go I am being met by large crowds of enthusiastic people. They are the ones who begun the cry, 4 more for Nana.”

President Akufo-Addo is seeking an additional four-year term in office, informing the theme of the conference: ‘ We have performed better – Four more to do more’.