Desist from fighting, backbiting during primaries – Nana Addo to NPP 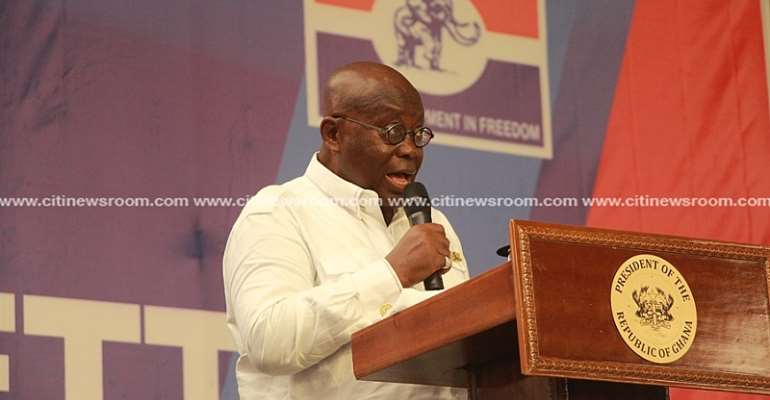 President Nana Akufo-Addo has warned his party against any discord ahead of the New Patriotic Party (NPP) parliamentary primaries in April 2020.

In his address at the NPP’s National Delegates conference, he stressed that it was “extremely important that this process goes on in a sensible, peaceful and serene manner.”

“The whole country will be looking at us. We are the party in government and we shouldn't go and do this exercise with a lot of backbiting and fighting. It is the victory of the party that matters.”

President Akufo-Addo also urged NPP supporters to stand together and put the good of the party first.

“Without the victory of the party, we wouldn't be sitting here like how we are sitting here today. We all should remember that the party is bigger than each and every single one of us including myself.”

One of the themes of the conference as multiple speakers stressed the need for unity in the party.

The Majority Leader in Parliament, Osei Kyei-Mensah-Bonsu, called for a rethink of the way NPP carries out its electoral activities because he feels the current mode of electing executives of the party, among others, is dividing the party.

“As a party we should confront the reality and not pretend that everything is right with us. The conduct of elections at all levels of the party is increasingly polarising the party. At the risk of sounding overly repetitive, I will like to strongly suggest that after the display of our elections in Koforidua, the party must pause to reflect on the methods that we employ in choosing our party leaders at the various ranks of the party structure.”

He warned that there will now be punitive measures to ensure discipline among party members.

“With the least problem in a constituency, party members will decide to record audio and some cases videos, criticize unjustifiably and sometimes cursing leaders of our party and we cannot continue in that direction… In the run up to the national executive election last year, at our external branch in Germany, we had someone who went as far as cursing party leadership.”