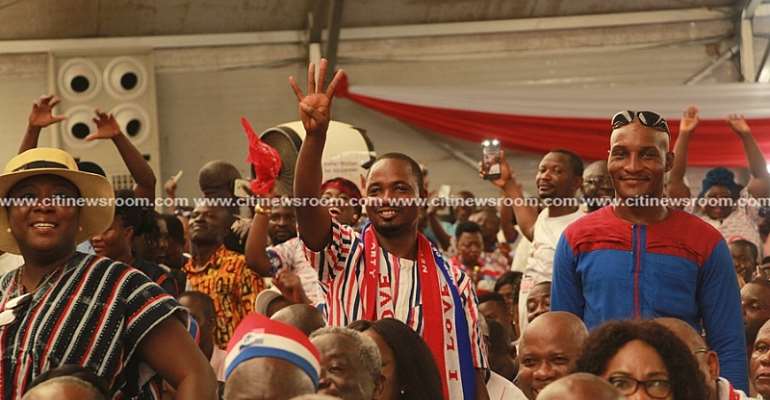 Over 6,000 delegates from across the 16 regions were at the conference which was under the theme: “We have Performed Better, Four More to do More”.

In attendance are party's constituency and regional executives, as well as national officers.

Stalwarts of the party like President Nana Akufo-Addo, Former President John Kufuor, National Chairman Freddie Blay, among others were in attendance at the church service that kicked of activities for the day.

The day continued with resolutions and reports till 2 pm after which there will be a Rally at the forecourt of the Trade Fair Site.

The conference also provided a platform for deliberations and resolutions and other matters of the party's interest ahead of next year's presidential and parliamentary elections.

So far, chants of “Four more for Nana” have been ringing through as the support builds for a second term for President Nana Akufo-Addo.

Gracing the conference were also delegations from other parties including the opposition National Democratic Congress (NDC), which was led by Sylvester Mensah.

August 4 declared public holiday in celebration of Founders ...
31 minutes ago