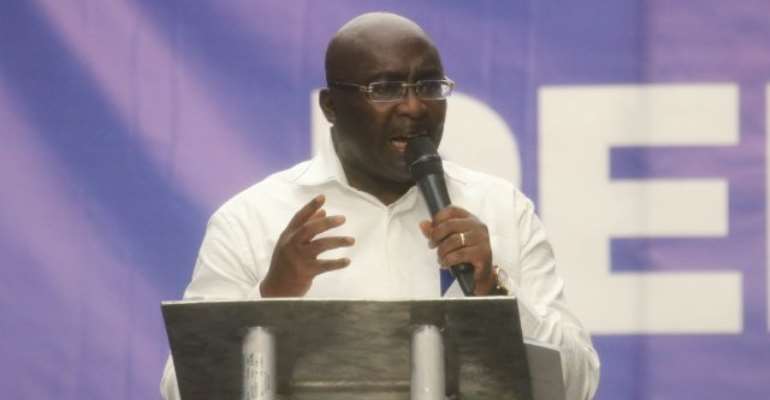 Addressing delegates at the Trade Fair Centre in Accra Sunday, Dr. Bawumia explained that the Akufo-Addo-led administration has instituted measures that have seen the improvement of Ghana’s economy through the creation of jobs and automation of business transaction mechanisms.

“We are reducing the suffering of the people. The first thing we did was to build an economy that can create and sustain jobs. In the public sector alone we have recruited over 350,000 people and we are paying them… Teachers were suffering, we have given them teacher trainee allowance. Nurses were suffering; we have given them nursing trainee allowance. It was difficult to apply for a passport because you had to deal with ‘goro’ boys. Today, we have automated the process and it is no longer difficult to apply for a passport,” the Vice President listed to a cheering audience.

Dr. Mahamudu Bawumia also cited the NPP government as being the “first in the Fourth Republic to reduce electricity prices.”

Government in April this year, announced a reduction in benchmark values on import duties, a move which triggered excitement among many Ghanaians in the importation space.

Addressing the delegates, Dr Bawumia was of the view that this measure, coupled with abolishing taxes on activities of head porters have alleviated the suffering of the citizenry.

He also disclosed that government is implementing policies to improve the fortunes of Zongo communities though the Ministry of Inner-city and Zongo Development.

The Vice President, however, challenged the opposition NDC to cite any social intervention policy under the erstwhile administration geared towards reducing the plight of Ghanaians.