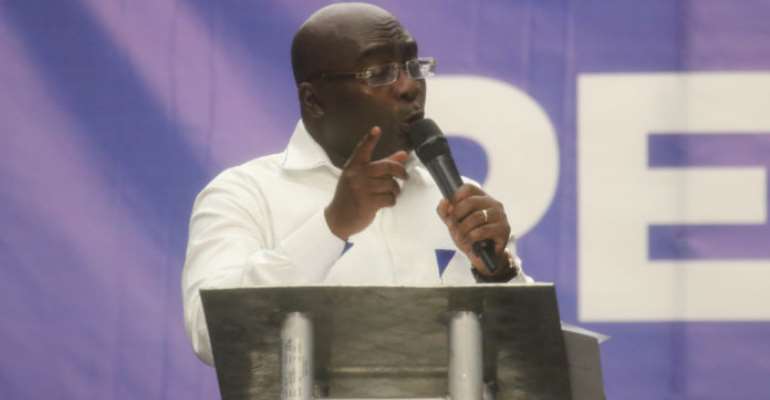 Vice President, Dr. Mahamudu Bawumia has indicated that the government of President Nana Addo Dankwah Akufo-Addo has fulfilled 72% of its campaign promises.

“We have either delivered completely or we are delivering 72%” he stated in his address at the NPP’s National Delegates Congress in Accra.

He cited how the NPP under former President Kufuor “moved the country from HIPC in 2000 to an emerging economy in 2008 until the NDC came to make a case to be given power once again”.

“This is the result of giving a contract to a mason who does not understand the plan of the building” Dr. Bawumia stated.

He added that, the party is in good shape and is poised for victory 2020 because they have performed better and must be given four more to do more.

Members of the opposition National Democratic Congress have consistently chastised the governing party accusing it of lying its way to power.

The NDC argue that the NPP has not been able to manage the economy to expectation and has also done worse things they accused the NDC government of.

But President Nana Akufo-Addo and his party officials believe they have performed creditably well.