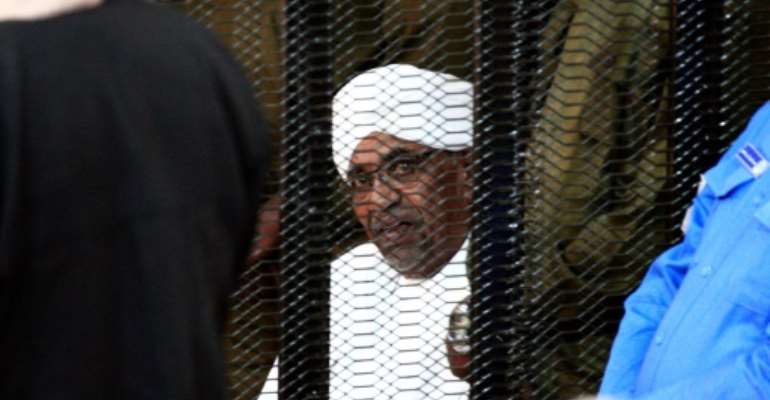 Ousted Sudanese president Omar al-Bashir, seen in this August 2019 picture, will be investigated by the Sudanese prosecutor along with 50 figures from his regime for war crimes committed in Darfur. By Ebrahim HAMID (AFP/File)

Sudan said on Sunday it had opened an investigation into crimes committed in the Darfur region by ousted president Omar al-Bashir and 50 members of his former regime.

Prosecutor general Tagelsir al-Heber said "we started an investigation about the crimes that have been committed in Darfur from 2003", speaking on his arrival in Khartoum from a visit to the United Arab Emirates.

"Fifty-one members of the former regime, including Omar al-Bashir and Ahmed Haroun (a former cabinet minister and governor), will be investigated. They will face justice," he added.

The investigation will be the first to be launched since Bashir was ousted by the army in April following massive protests against his 30-year rule.

Bashir, who is behind bars for corruption and awaiting trial on other charges, is wanted by the International Criminal Court in The Hague for his role in the bloody Darfur conflict.

The ICC issued warrants for Bashir's arrest in 2009 and 2010 on charges of genocide, war crimes and crimes against humanity in the conflict that left around 300,000 people dead and 2.5 million displaced, according to the United Nations.

Haroun, who was governor of Sudan's warn-torn South Kordofan state, is also wanted by the ICC on war crimes charges.

The Darfur fighting broke out in 2003 when ethnic minority rebels took up arms against Bashir's Arab-dominated government, which they accused of marginalising the region.

Despite numerous calls for his extradition, the ex-dictator has not been sent to The Hague.

'Thanks but it's too late' 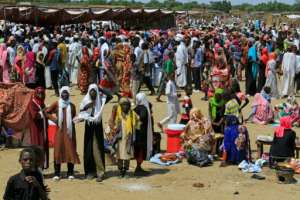 The war in Darfur killed around 300,000 people and displaced 2.5 million, with tens of thousands living in the sprawling Camp Kalma since 2003. By ASHRAF SHAZLY (AFP/File)

Yacoub Mohammed, an official at the sprawling Camp Kalma facility where tens of thousands of people displaced by the conflict in Darfur have been living for years, said the initiative came "too late".

"Thanks to the prosecutor general, but it's too late because... almost 17 years (have passed) and the investigation cannot find any evidence," he told AFP.

"The evidence has disappeared. And there is no mention of these crimes (crimes against humanity), it is not written in Sudanese law. For this we want these criminals to be taken to the ICC," he added.

Swept to power in a coup backed by Islamists in 1989, Bashir was deposed on April 11 by the army, after months of protest against his regime that left dozens dead.

Following a deal reached in August between the military and protesters, Sudan is now led by a transitional government tasked with paving the way for civilian rule.

The investigation was announced on Sunday as the new government has vowed to establish peace in the country's conflict-hit regions, including Darfur.

On December 14, Bashir was sentenced by a court in Khartoum to two years' detention in a correctional centre for corruption in the first of several cases against him.

He is also under investigation for his role in the 1989 coup, which he led against the democratically elected government.

On Sunday, Heber said that proceedings had also been launched against Salah Gosh, former intelligence chief under Bashir.

"There are four cases against Salah Gosh and we started a procedure to bring him (back to Sudan) by Interpol."

Gosh, head of the feared National Intelligence and Security Service (NISS), resigned in April two days after the ouster of Bashir, and is now outside of Sudan.

On Wednesday, human rights groups led by the International Federation for Human Rights called on Sudan's transitional government to end the "reign of impunity" for war crimes committed in Darfur.

Sudan's new leaders must "seize this momentum to bring to justice those responsible for the crimes committed in Darfur", they said in a report titled "Will there be Justice for Darfur?".