Chief Justice nominee will overcome petition against him easily – Lawyer 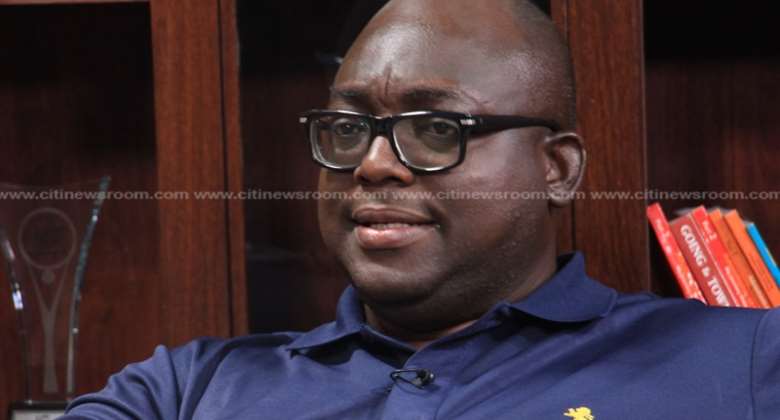 A legal practitioner, Nii Kpakpo Samoa Addo, says he expects the Chief Justice nominee, Justice Anin Yeboah, to overcome the petition against him at Parliament over his alleged non-disclosure of assets.

Speaking on The Big Issue, Mr. Addo was confident that Justice Anin “will be given the opportunity to clear the issue and I think it will be one of the easiest things to clear.”

The lawyer was of the view that the non-disclosure of assets by the nominee may have been a mere oversight.

Mr. Addo argued further that the workload of supreme court judges could be a legitimate excuse for forgetting.

“The judicial secretary should be one of the first persons to send memos around to the justices because, honestly speaking, the volume of work they do, it very humanly possible that there probably may not have not been an intention to deliberately not fill [the asset declaration form].”

“My prayer is that he [Justice Anin Yeboah] is able to get to the committee, the first questions are asked, he produces his acknowledgement letter and dismisses this issue out of hand,” Mr. Addo added.

Also on the show, another lawyer, Yaw Oppong, said he expected the vetting of the Chief Justice, scheduled for Monday, December 23, 2019, to focus on administrative competences.

“The questions of issues must relate to his policy if granted the opportunity in relation to the administration of justice and also [his role as a] supervisor.” The petition

A private citizen, Mensah Thompson, has petitioned the Speaker of Parliament over the nomination of Justice Anin Yeboah.

According to the petitioner, any Parliamentary approval of Justice Anin Yeboah will go contrary to Article 286 of the 1992 constitution because he has allegedly not disclosed his assets and liabilities as required.

He also filed a complaint with the Commission of Human Rights and Administrative Justice (CHRAJ).

Mr Thompson argued that Justice Anin Yeboah, prior to his nomination as the Chief Justice, had been a Justice of the court of appeal and was required under the constitution to have declared his assets and liabilities.

Article 286 of the constitution of Ghana states that:

“A person who holds a public office mentioned in clause (5) of this Article shall submit to the Auditor-General a written declaration of all property or assets owned by or liabilities owed by, him whether directly or indirectly.”

Hottest Photo Reports
Catch up with all the political quotes from our politicians.
Advertise here
More Headlines
ModernGhana Links
Even if e-levy is reduced to 0.001% it would be rejected – ASEPA
Mahama hands over renovated boys dormitory block to Ghanasco
Majority MPs can't just get up and shout me out of Parliament, they have no right – Asiedu Nketiah
137 MPs can’t reject budget, 2022 Budget still stands — Majority fight back
Rejection of 2022 budget is victory for Ghana – Sam George
Akufo-Addo commissions cocoa processing plant in Tema
Bagbin fly to Dubai for medical review after budget rejection
Allegation of bias after rejection of 2022 budget unfounded — Parliamentary Service
Prempeh College wins 2021 NSMQ after beating PRESEC-Legon, Kestasco
TOP STORIES