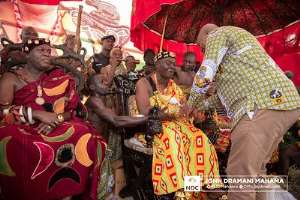 Former President and Flagbearer of the National Democratic Congress (NDC), John Dramani Mahama, on Saturday joined other dignitaries at a colourful durbar to celebrate the 20th anniversary of the enstoolment of Osagyefo Oseadeeyo Agyemang Badu II as Dormaahene.

The celebration, which was held at the Agyeman Badu Stadium in Dormaa, saw a rich display of culture. 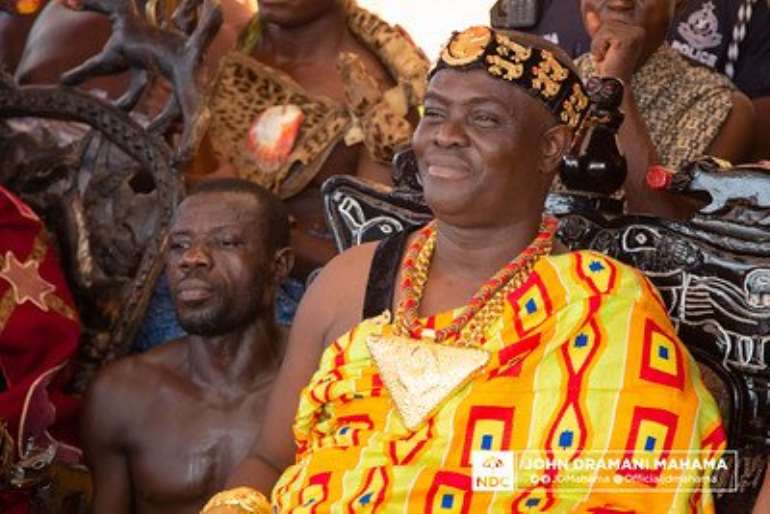 There were chiefs from across the Bono Region and other regions, members of the diplomatic corps and many prominent Ghanaians including the Vice President Alhaji Mahamudu Bawamia, former Chief of Staff Julius Debrah, and the NDC General Secretary Johnson Asiedu Nketia. 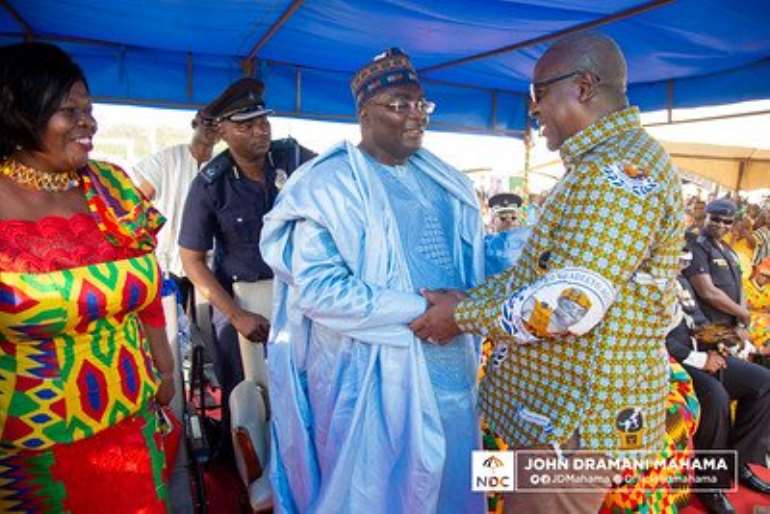 President Mahama in his remarks at the celebration, commended Osagyefo Agyeman Badu II, not only for continuing the legacies of his predecessor to bring peace and development to Dormaa but also, for his contributions towards development of the Bono region as a whole. 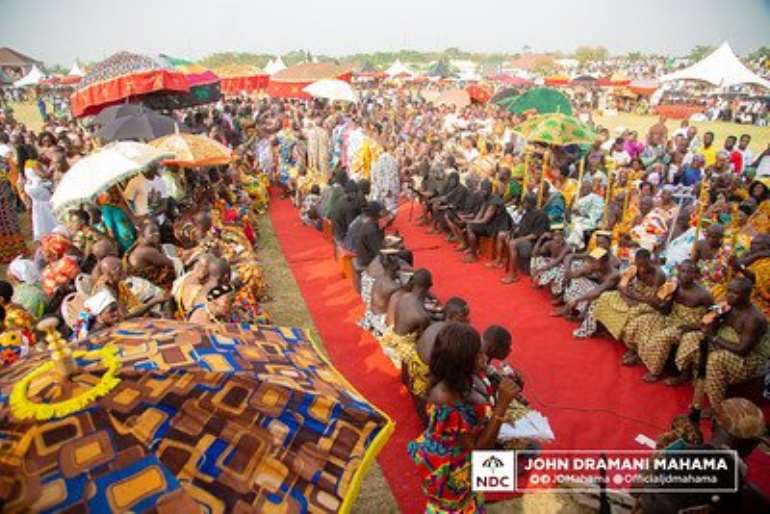 He also acknowledged the role of our traditional leaders and the impact they can have on the development of their chiefdoms, noting further that the Nana Dormaahene has been a friend and adviser to all Presidents of Ghana since the days of President Jerry Rawlings. 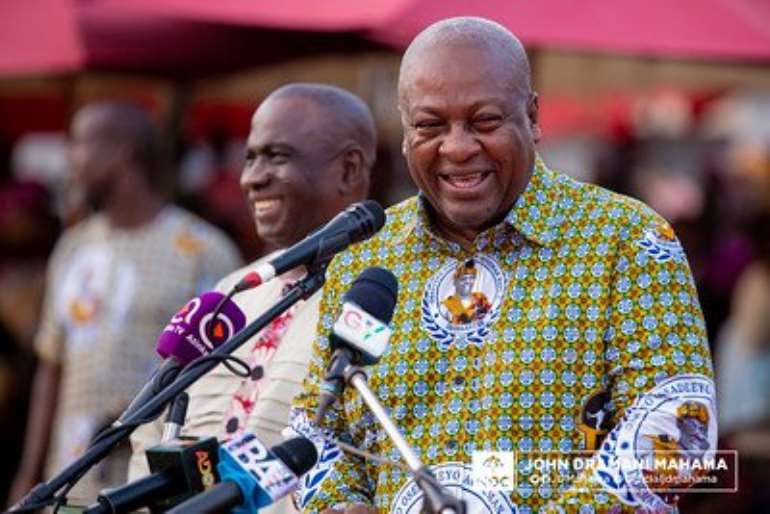 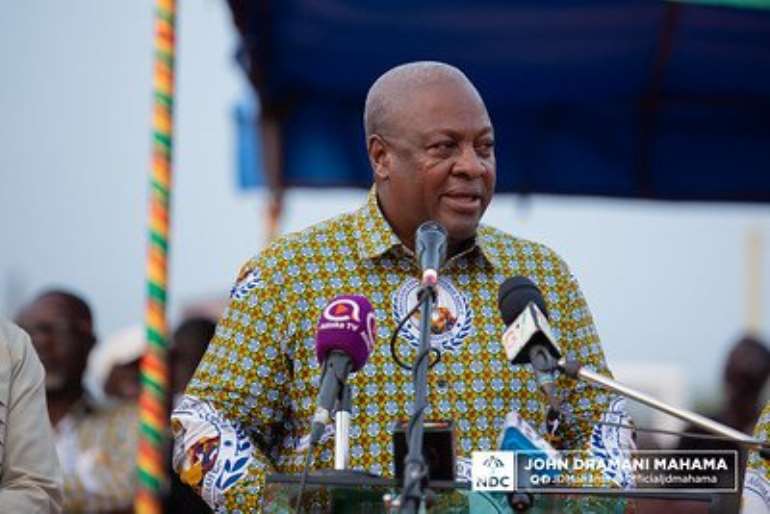 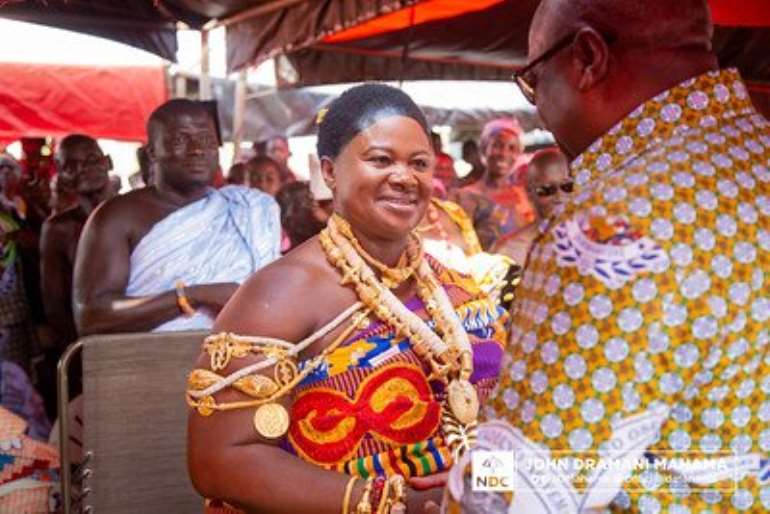 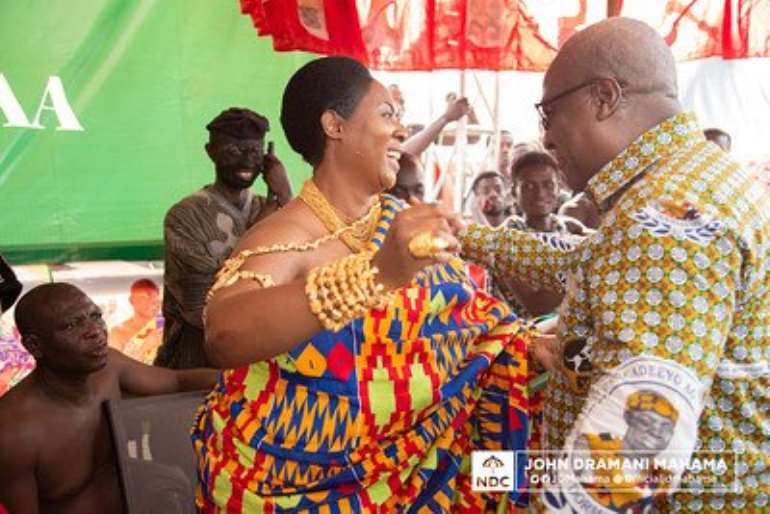 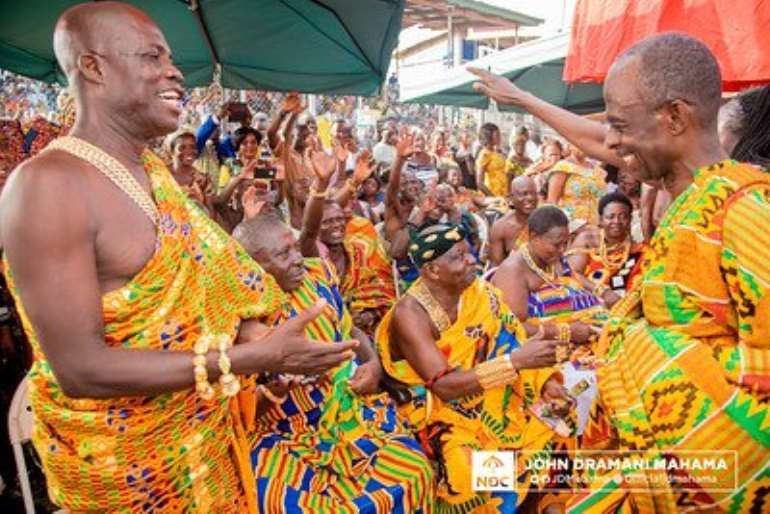 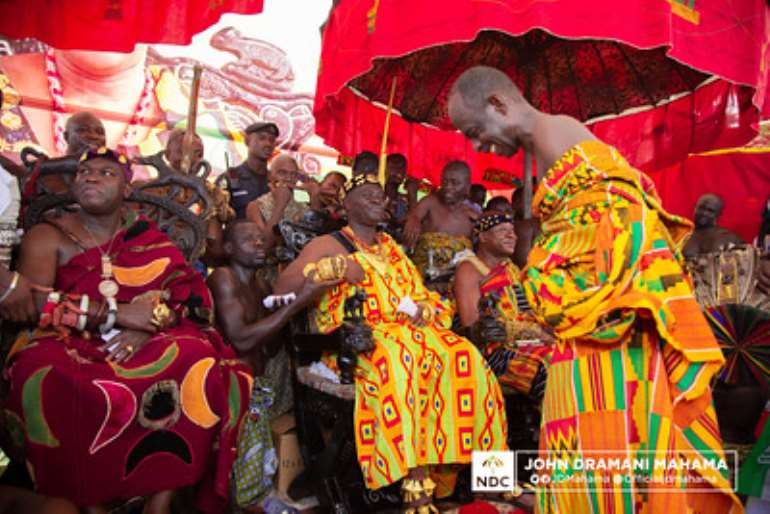 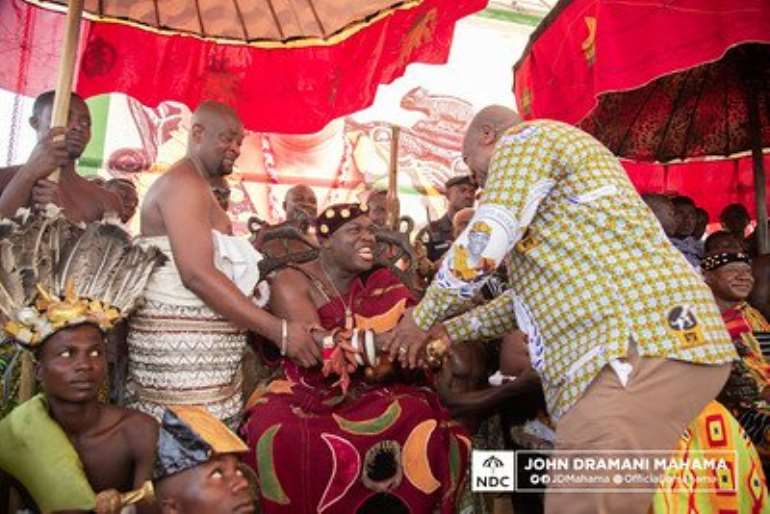 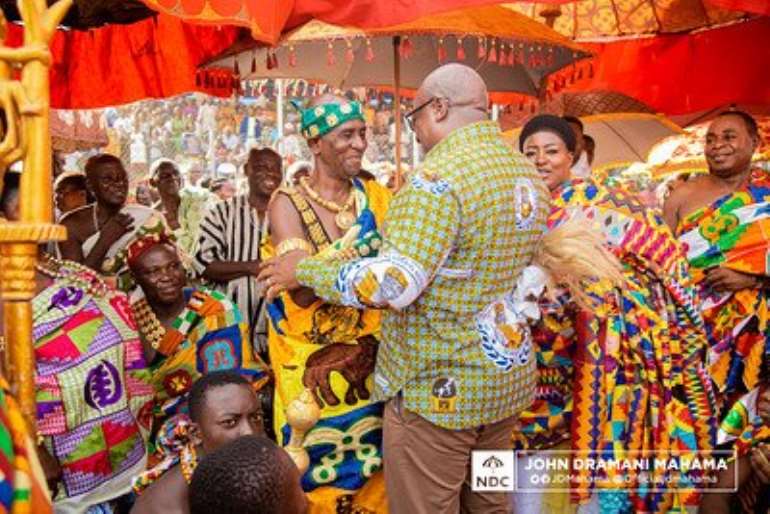 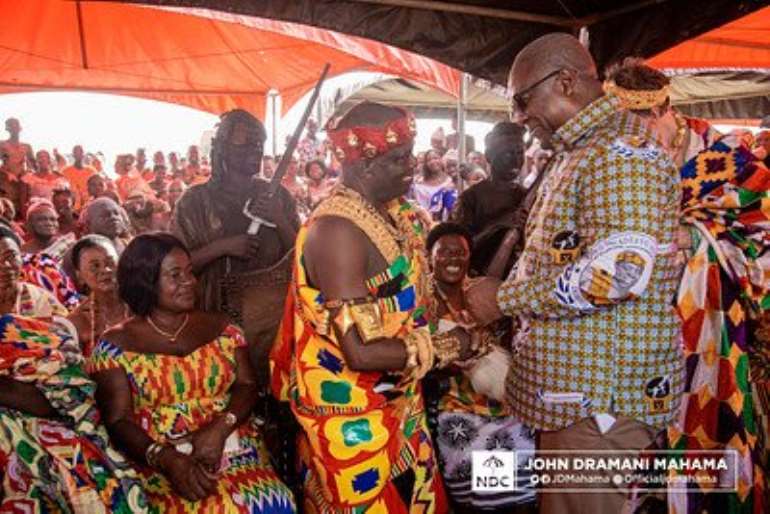 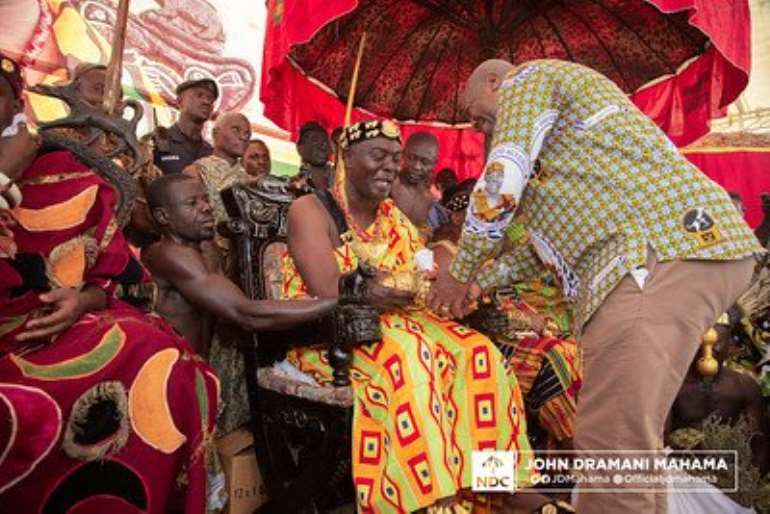 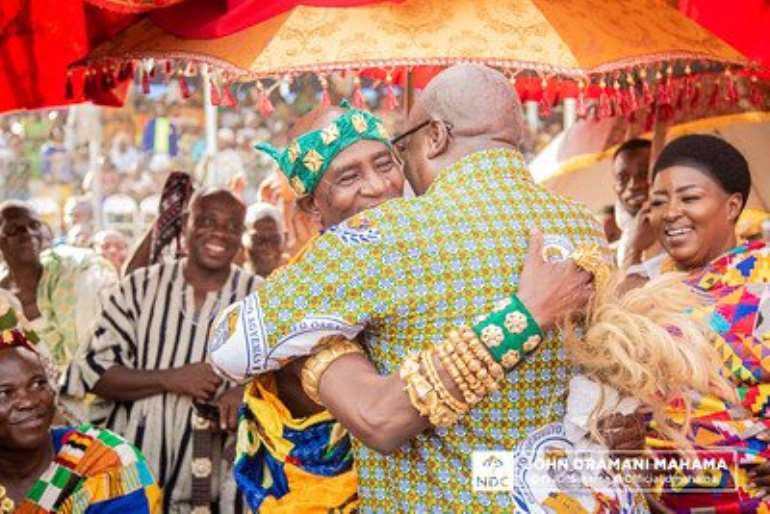 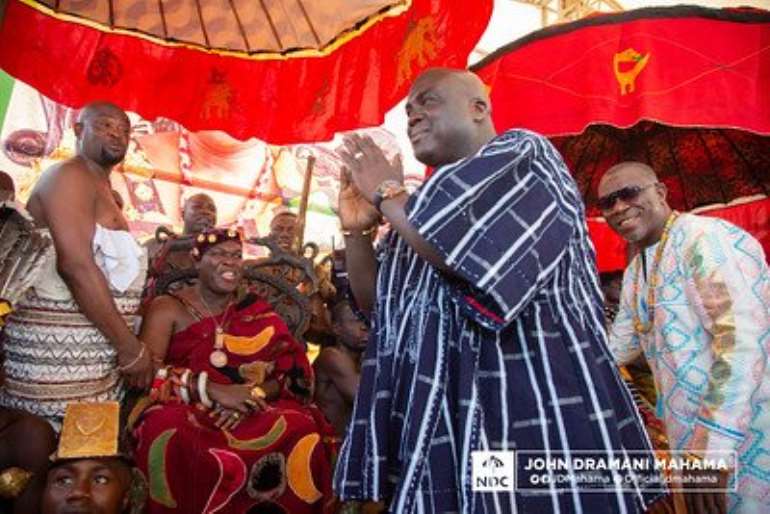 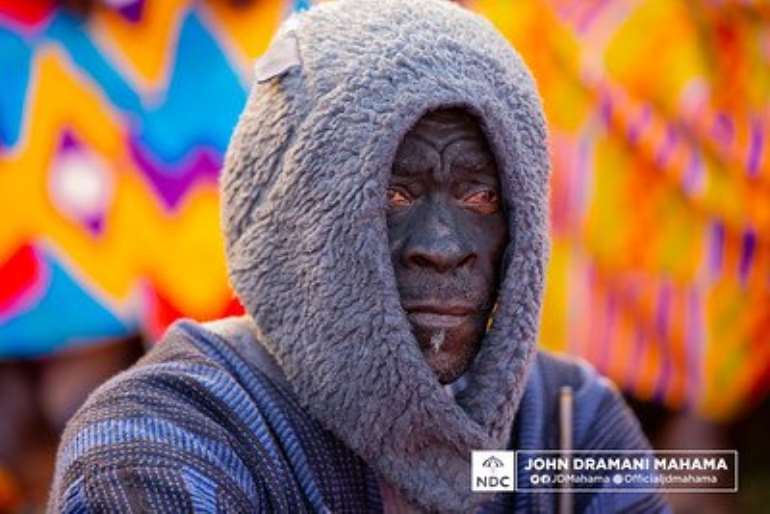 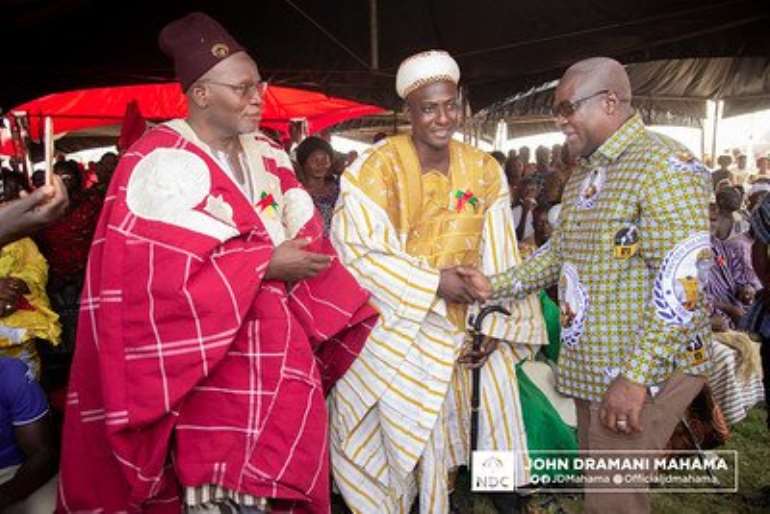 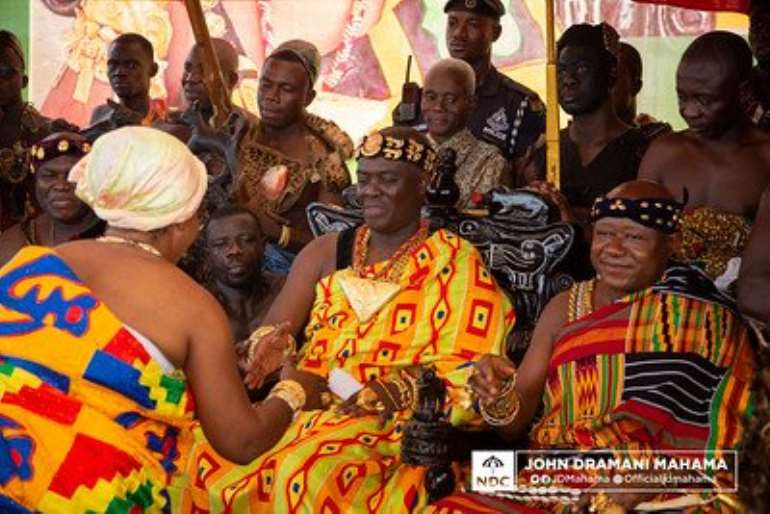 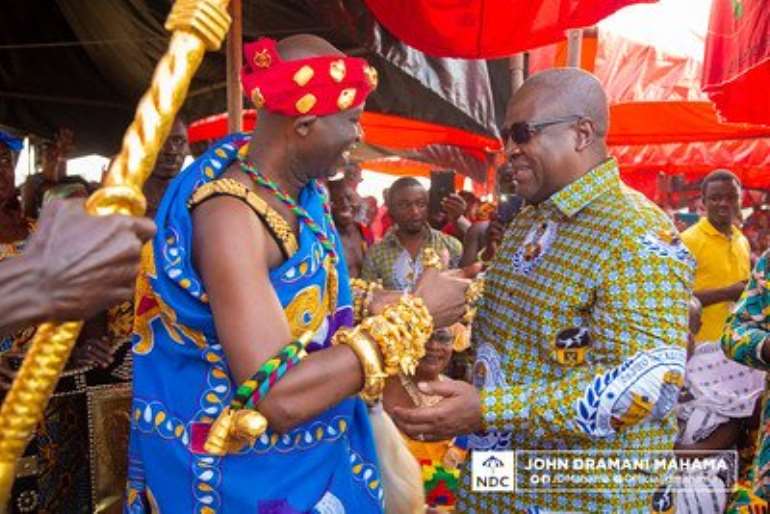 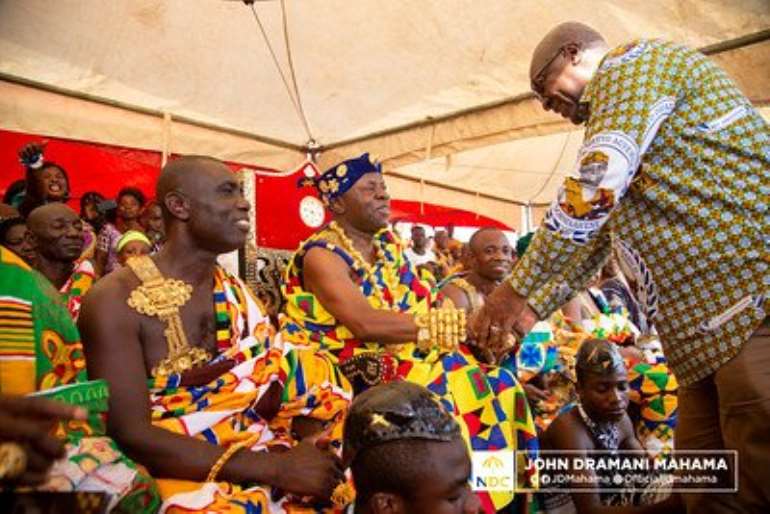 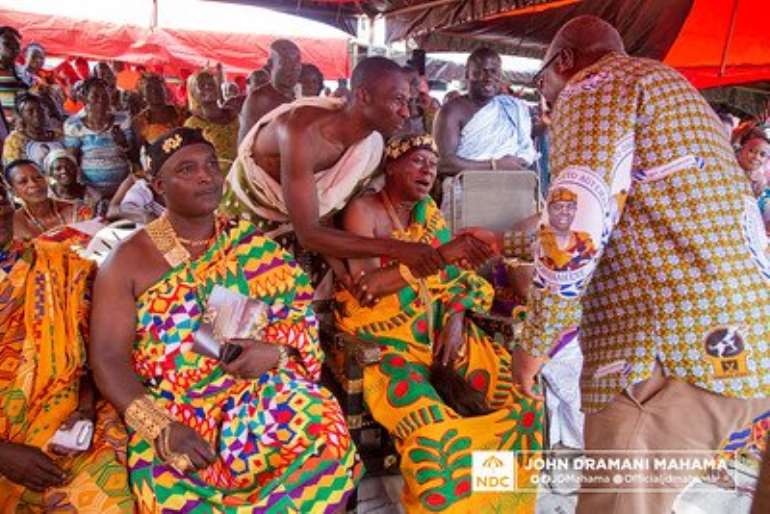 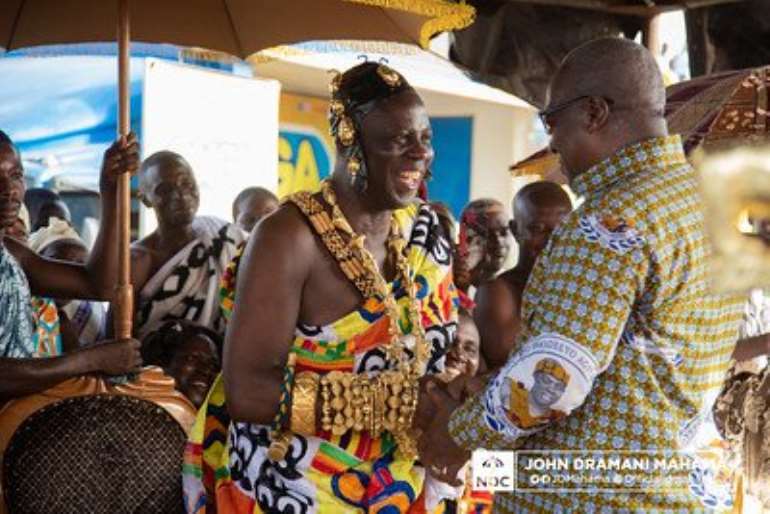 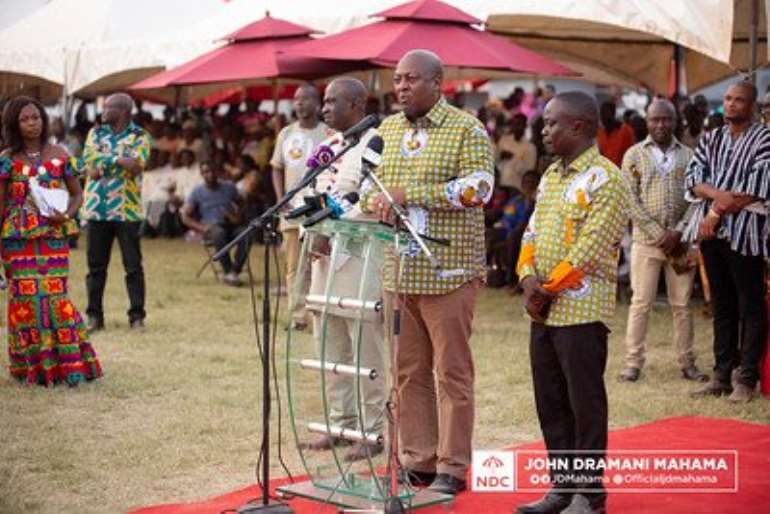 Akufo-Addo's ‘Year Of Roads’ Declaration Is To Save His Gov'...
12 hours ago