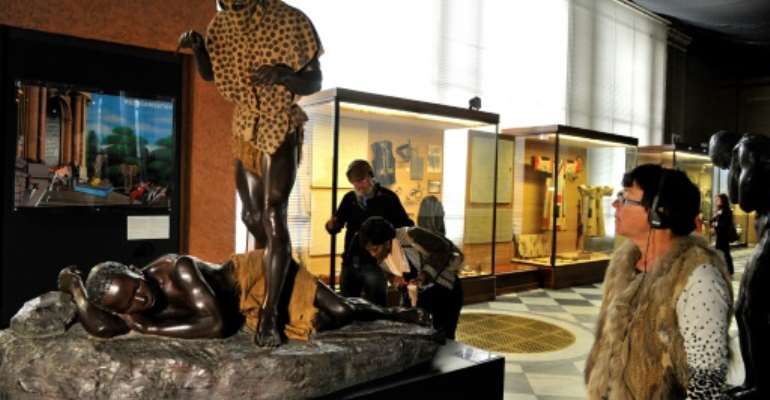 The museum reopened after a major refurbishment. By GEORGES GOBET (AFP/File)

Belgium's Africa Museum launched an investigation Saturday into allegations that a guide made racist comments and defended the country's brutal colonial past during a tour with students.

The museum director told AFP the guide's comments, which apparently included downplaying the widespread mutilation of local workers in Belgian-ruled Congo, were unacceptable and "totally against the spirit of what we stand for".

The row comes just a year after the museum, once notorious for its uncritical celebration of Belgian colonial exploits in central Africa, reopened following a major refurbishment that sought to bring it up to date.

Belgian rule in the late 19th and early 20th century was notoriously brutal and exploitative. Run as a private royal estate by former king Leopold II, the African colonies covered lands now included in Rwanda, Burundi and the Democratic Republic of Congo.

During a tour with masters students in history from the University of Antwerp, the guide -- who has not been named -- made a series of remarks giving a rosy view of colonialism, one of the group, Hanane Llouh, told AFP.

After complaining to the students that he struggled to get a job as a guide at the museum because he was white, he went on to criticise the renovation project, saying "the blacks wanted to get rid of everything", Llouh said.

He also cast doubt on the Belgian colonialists' practice of cutting hands off Congolese villagers as punishment for missing quotas for rubber collection, Llouh said.

"He said about hands that were cut off, he said that's very relative because we have just two pictures. But that's not true… there's a whole archive of pictures of people with no hands," she said.

After he made a racist generalisation about Africans shooting each other in relation to the 1961 assassination of Congolese independence hero Patrice Lumumba -- a killing in which Belgium itself, along with the CIA and British intelligence are implicated -- the students' professor cut the tour short.

Llouh -- who first drew attention to the incident with a series of tweets -- said she was "upset and offended" but did not want the man to lose his job.

But she urged the museum to improve the way they choose and train guides. 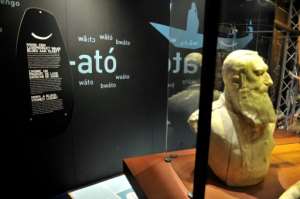 An ivory bust of King Leopold II who used Congo as a private estate, bleeding it dry. By GEORGES GOBET (AFP PHOTO/File)

"I think the museum made a big mistake not to screen their people. They have a responsibility -- it's a bigger story than just this man," she said.

The museum said the guide had been working for about six months and had given around 70 tours.

"That disturbs me because he had 69 other groups who were there because they maybe had no background information about that history and then you have this guy who tells a very romantic story with nothing about the horror," Llouh said.

Guido Gryseels, the museum's director, said the guide had admitted making some of the comments but would face a fuller investigation on Monday. After hearing from him, the museum will decide what to do. 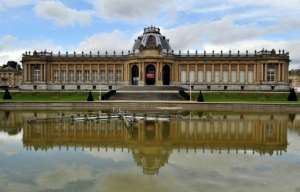 The museum said the guide had been working for about six months. By GEORGES GOBET (AFP/File)

"Clearly our guide … said a number of things that would give the impression that he was in favour of colonialism, which is of course totally against the spirit that we now have in the museum," Gryseels told AFP.

"If it's correct what he said, he sholdn't have said it and such a guide shouldn't be touring groups."