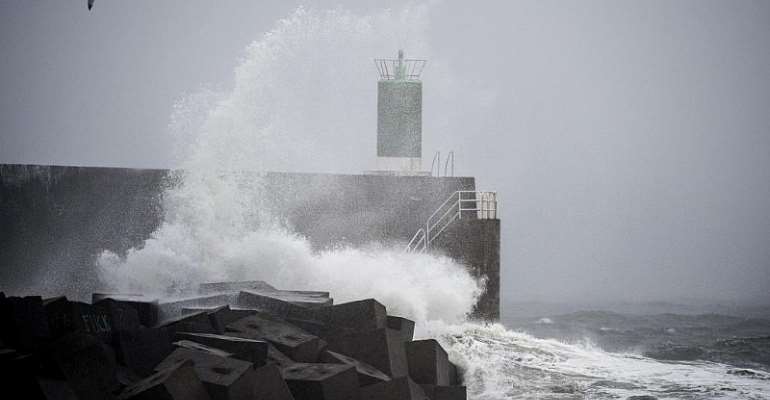 France's southwest Aquitaine coast is being buffeted by Storm Fabien this weekend, as violent gusts of wind are estimated to blow up to 140 kilometres/hour, as Météo-France has placed an additional 14 departments on orange alert for strong winds.

“Fabien is rapidly approaching the southwest Atlantic coast and will circulate along the English Channel in the south… stormy winds are predicted to arrive between this evening and tonight," Jerome Lecou, weather forecaster at Météo France, told RFI on Saturday.

The national weather monitors have called on French residents to stay close to home, to avoid dealing with going out on their roofs, due to the high risk of falling trees or objects being flung into the air by the wind.

The Gironde coastline could have large swells of waves, particularly around Arcachon, and the weather advisory warns seafront residents to close doors, windows and shutters, and to avoid, by any means, going out on watercraft during this weekend.

In the Charente-Maritime area, which includes port town La Rochelle, Christmas markets and other seasonal activities have been postponed or cancelled in anticipation of this weather surge.

Fabien is scheduled to hit Corsica late Saturday, with winds expected to reach 180 kilometres/hour, and up to 150 kilometres/hour in Bastia. A man was reported to have fallen off his sailboat and into the Mediterranean on Friday. He is still reported missing.

According to weather experts, the violent wind is the result of low-pressure winds in the UK and high-pressure winds from Morocco coming together, a typical type of weather for this time of year.