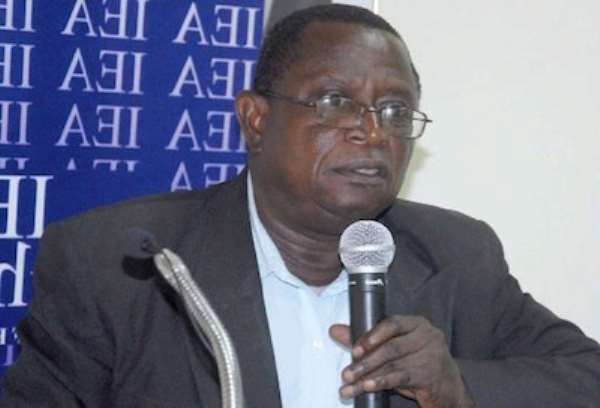 The Institute of Democratic Governance (IDEG) is asking government to ensure that every Ghanaian gets a fair share of the national cake.

These comments follow the growing agitation in some parts of the country where frustrated citizens have threatened to boycott the 2020 elections and chase away politicians who come to the campaign if their developmental needs are not met.

In a Citi News interview, a senior research fellow at IDEG, Kwesi Jonah said it was critical that the government addresses the various issues ahead of the 2020 general elections.

“The way to address this problem is to ensure every part of the country, especially those in the rural areas get their share of development every budget year.”

“It is very easy ahead of one election to address all these problems so that the people can go to vote. Make it a matter of national policy that no one should be left behind as far as development is concerned.”

Most recently, the people of Ekumfi Immuna of the Ekumfi District in the Central Region vowed to boycott the 2020 elections over the bad state of their roads.

Residents of six communities in the Bolgatanga Municipality of the Upper East Region also threatened to boycott the District Assembly and Unit Committee elections if the government did not fix the Bolgatanga-Sherigu-Naaga road.

Residents of Tumu in the Sissala East Municipality of the Upper West Region called on the government to fix their deplorable roads lest they boycott the 2020 parliamentary and presidential elections.

Residents of Manhean in the Greater Accra Region also vowed to boycott the 2020 general elections over claims that government has neglected calls for better roads in the area.