Charlotte Osei Was a Victim of Circumstances 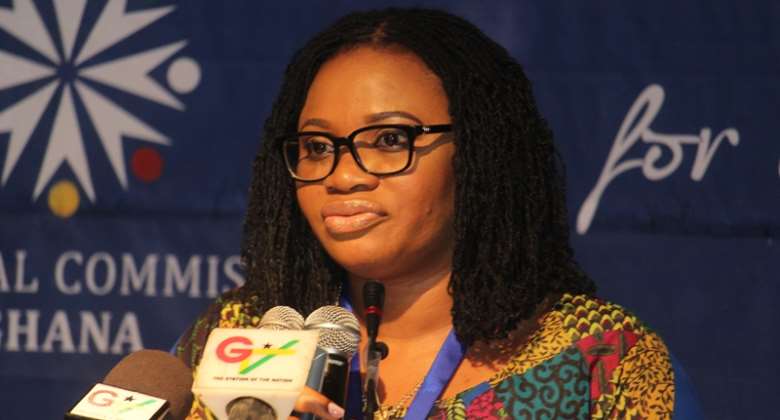 The leaders of the National Democratic Congress (NDC) have sought to make the proverbial storm out of a teacup – or a soup pot, as I prefer to put it – in the matter of the rather unfortunate but decidedly legal removal of Mrs. Charlotte Kesson-Smith Osei, the former Chairperson of Ghana’s Electoral Commission. The removal itself, as hinted above, was legally justifiable and quite transparent; but that is not really the issue at stake here. You see, Dear Reader, the fact of the matter is that by the time that her predecessor vacated the edifice of the Electoral Commission, Dr. Kwadwo Afari-Gyan had more than poisoned the professional and cultural integrity of this cardinal institution of Fourth Republican Ghanaian democracy. Not only had Dr. Afari-Gyan clearly and nauseatingly overstayed his welcome and, some would say, his usefulness, even more disturbingly, the former University of Ghana’s political scientist had criminally rigged up the country’s electoral system to ensure for a long time to come what clearly amounted to a one-party system of faux democracy.

Recently, for instance, it has come to light that the very access code for ensuring the integrity and wholesomeness of the results of the country’s electoral process resided with a foreign-based technology vendor that, practically speaking, determined the outcome of elections in the country, at the same time that there existed a critical mass or pool of well-trained hi-tech Ghanaian professionals employed at the Commission who could have far more efficiently and effectively managed the system. Even the mere routine cleaning of the Biometric Voting Machines (BVMs) used by the Commission had been scandalously and wastefully contracted to an outside or foreign vendor by operatives of the National Democratic Congress working through their proxies and assigns at the Electoral Commission, perhaps going as far back as 1992, the inception of the country’s present democratic dispensation, when Dr. Afari-Gyan was first appointed Chairman of the Electoral Commission. And, yes, wastefully contracted because, according to Mrs. Jean Adukwei Mensa, the current Chairperson of the Electoral Commission, the actual cost of cleaning the Biometric Machines was worth only about 10-percent of the officially allocated expenditure by the time that she took over.

Put in simple English, for as long as this criminal racket existed, which was probably at least a decade, the Ghanaian taxpayer was being billed at least 10 times the real cost of cleaning these BVMs. These are the kinds of substantive issues that critically-thinking Ghanaians ought to be talking about, and not the likely fabricated rumor-based gossip of an American-resident media mercenary (See “Charlotte Osei’s Dismissal: Gordon Asare Bediako ‘Reveals’ How It Was Allegedly Planned by NPP” Ghanaweb.com 12/15/19). We also know that the newly appointed Electoral Commission’s Chairperson, Mrs. Osei, literally, walked into the proverbial hornet’s nest in the form of the poor working relationship that existed between herself and her two most significant deputies, namely, Mrs. Georgina Opoku-Amankwaa and Mr. Amadu Sulley. What this clearly means is that right from the get-go, in New York street parlance, Mrs. Osei had either been deliberately or inadvertently set up to scandalously and apocalyptically fail by the man who had unwisely transferred her laterally from the post of Chairperson of the National Commission for Civic Education (NCCE) to that of Chairperson of the Electoral Commission (EC).

At the time, as yours truly vividly recalls, several constitutional experts raised the red flag that laterally transferring Mrs. Osei from one coordinate, or coequal, Commission, with identical statutory powers to another was patently inadvisable and stood to compromise the functional independence of the appointee/transferee. You see, this was where all the suspicions began, whether, indeed, such suspicions were well-founded or had credibility or were warranted or not. While, personally, Mrs. Osei may not have had any partisan agenda up her sleeves from the beginning, nevertheless, the very thoroughgoing corrupt climate created and firmly established by Dr. Afari-Gyan, with the collusive complicity of the leaders of the extant ruling National Democratic Congress, was bound to guarantee the massive administrative failure of Dr. Afari-Gyan’s immediate successor. And on the latter count, it goes without saying that the man who told the Atuguba-presided Supreme Court Panel that adjudicated the 2012 Presidential-Election Petition, that he practically could not tell the difference between what constituted “overvoting” and “under-voting” ought not to have been appointed Chairperson of Ghana’s Electoral Commission, to begin with, let alone be kept perniciously at post for more than 20 years!

Ultimately, the EC direly needed a thorough cleanup; and that was precisely what the Akufo-Addo-led government of the New Patriotic Party (NPP) promptly and opportunely did. And on the latter count, all arguments and raging bad blood between the country’s two major ideological camps and political parties must end. I have personally briefly been in touch with my dear sister, Charlotte Osei, on LinkedIn to express my deep appreciation for her remarkable contribution to our collective nation-building efforts, irrespective of my trenchant carping of what I then perceived to be her intemperate meddling with our electoral laws and, in particular, what was widely deemed by a remarkable percentage of the Ghanaian public and the electorate to be her gross and abject disrespect for the members of the highest court of the land. I still greatly admire her, even though I am also convinced that she had not conducted herself as equanimously as she could have and ought to have been at the time.