From Sor-Sor to Dumsor Again? What Are You Thinking, John Dramani? 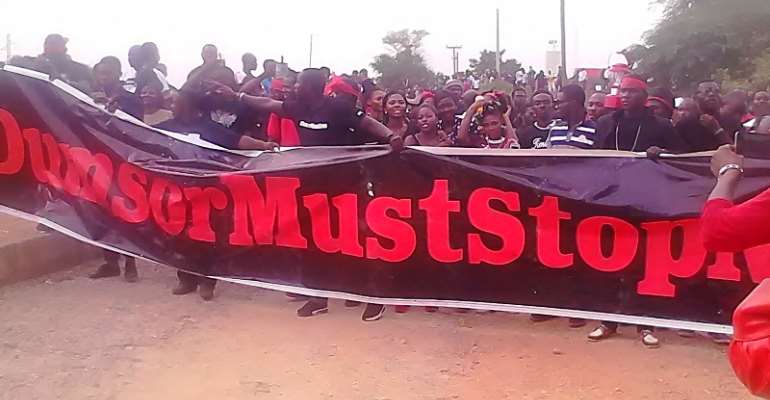 For somebody who was at the Presidency for eight tediously long years, four-and-half of these as substantive Commander-in-Chief of the Ghana Armed Forces (GAF), it is a wonder that Mr. John Dramani Mahama is having such a difficult time rolling out his party’s manifesto. He is also having a hard time naming his running-mate, with less than a year to Election 2020. So, it ought to be clear to all Ghanaian citizens and veteran and eligible voters by now that the former Rawlings’ Communications Minister is decidedly a long-spent force on Ghana’s political landscape. In essence, whatever the man may have to show for a political and/or performance track-record definitely leaves much to be desired; I mean, what with four-and-half years of Dumsor and the Akonfem (Guinea Fowl) Scandal? And we haven’t even begun talking about the thoroughgoing ethnically chauvinistic and fascistic composition of the Board-of-Directors of SADA, the so-called Savannah Accelerated Development Authority.

As I said in a previous column, on this very subject not quite a while ago, about the only thing that “accelerated” about SADA was the kleptocratic lining of the pockets and the stuffing of the wallets of Mr. Mahama’s “Northern Brothers and Sisters” on the SADA Board with the hard-earned Ghanaian taxpayer’s money. Indeed, even as the leader of one of those legion minor political parties poignantly observed recently, the Mahama-led National Democratic Congress (NDC) is not a political party in the classical or standard definition of the term. Strictly speaking, the National Democratic Congress is a veritable den of double-salary-drawing thieves and robber-barons who have been shamelessly scheming to get back into Jubilee House, so that they could literally steal whatever little Ghanaians may be left with in our national coffers and our treasury. Which is why President Addo Dankwa Akufo-Addo would have done a great service to the people who offered the former Attorney-General and Minister of Justice their 2016 electoral mandate to have put each and every one of the Mahama cabinet appointees caught with their long hands and their kleptocratic fingers in our public till.

It may be getting disturbingly late in the game at this juncture but, of course, as has been attested by our African sages for ages and times without number, it is never too late to correct things overlooked or not done right. But even more significant must be pointed out the fact that the good people of Adidome, in the Volta Region, must have felt unpardonably insulted when Comrade Dramani looked their chiefs and citizens in the eye and crassly demanded that they pray for him to return to Jubilee House come 2021, so he could rob them raw and bloat the bank accounts of the Mahama Ayarigas, Haruna Iddrisus, the John Jinapors and, you guessed right, the Agambires (See “I Hope Akufo-Addo Hands Over Peaceful Ghana in 2020 – Mahama” Starrfm.com.gh / Ghanaweb.com 12/16/19).

In Adidome, the man who once said that only past presidents could legitimately criticize his abjectly poor job performance the last time around, also mischievously claimed to have handed over a peaceful country to Nana Addo Dankwa Akufo-Addo on January 7, 2017. One wonders whether depriving nurse- and teacher-trainees of their age-old allowances and putting hundreds of thousands of our able-bodied and talented high school-going-age children and grandchildren out on the streets, was tantamount to a “peaceful handover” of Ghana’s democratic reins of governance by this shameless fascist opportunist. I mean, what with the total and effective bankrupting of the Kufuor-minted National Health Insurance Scheme (NHIS) and the luridly belated attempt to scapegoat Mr. Sylvester Mensah, then Executive-Director of the National Health Insurance Authority (NHIA), for the same?