Haruna Iddrisu Is a Shameless Plagiarist, Not an Honorable Lawyer 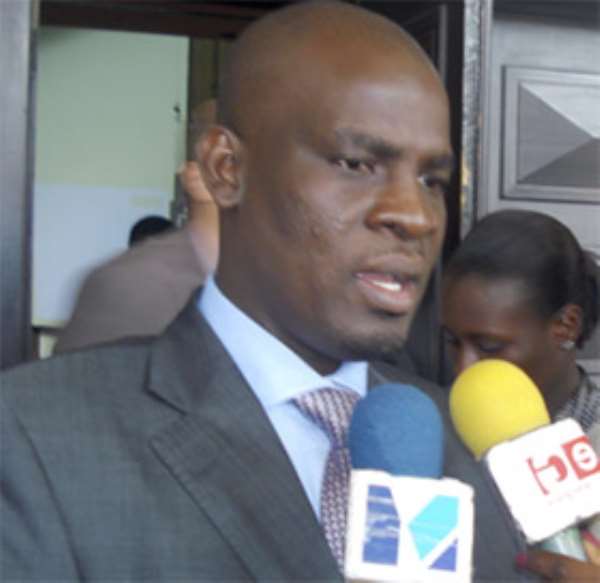 For an alumnus of the country’s flagship and premiere academy, the University of Ghana, Legon, who had his Master of Sociology Degree summarily withdrew for plagiarism, in 2008 or thereabouts, Mr. Haruna Iddrisu, the National Democratic Congress’ Parliamentary Minority Leader, ought not to have under any circumstances been allowed to practice law or admitted to any reputable law school in the country. But, of course, with the country having been literally converted into the private political football of the key operatives of the National Democratic Congress for at least some two decades, in the dubious name of “revolution,” intellectual pedestrians like the Tamale-South Member of Parliament have the temerity to pose as our leading legal lights. On the upcoming vetting of the newly nominated Chief Justice of the Supreme Court of Ghana, Mr. Kwasi Anin-Yeboah, there ought to be absolutely no compromise vis-à-vis the timing of this historic but largely proforma process (See “Vetting of CJ: Haruna Iddrisu Must Also Recuse Himself – Majority Leader Tells Minority” Kasapafmonline.com / Ghanaweb.com 12/18/19).

You see, these double-salary scamming kleptocrats are desperate to be afforded another highly unlikely chance so they could rob and milk the Ghanaian taxpayer and will, therefore, jump at the least opportunity to either sandbag or sabotage the rapid and remarkable achievements of the Akufo-Addo-led Administration of the New Patriotic Party (NPP). Now, I don’t need to tell Senior Osei Kyei Mensah-Bonsu that under absolutely no circumstances ought the Parliamentary Majority Leader and his associates of the ruling NPP allow their minority counterparts and ardent Akufo-Addo detractors to take possession of the ball even for a split-second. That would simply be suicidal for both the most progressive and visionary government of Fourth-Republican Ghana, as well as all the hardworking, longsuffering and democracy-loving Ghanaian citizens and voters.

As for that patent red-herring call for the Chairman of the Parliamentary Appointments Committee, Mr. Joseph Osei-’Wusu, to recuse himself from the vetting of Justice Anin-Yeboah, it is just that. A red-herring bait that is absolutely devoid of both common sense and logic. Even if Justice Anin-Yeboah and Mr. Osei-’Wusu had practiced law together in the same law office or chamber, it still would not matter whether the Asante-Bekwai New Patriotic Party’s Member of Parliament presided over the vetting and confirmation of the Chief Justice nominee or were an ordinary non-ranking member of the Parliamentary Appointments Committee. In the end, whether Justice Anin-Yeboah gets confirmed by Parliament or not depends solely and purely on the credentials and judicial track-record of the candidate or nominee who, by the way, is already a bona fide member of the highest court of the land with a respectable professional record, for the most part, of fairness and objectivity, which cannot be confidently said for a remarkable number of the robber-baron members of the Parliamentary Minority.

He may have so soon forgotten all about it, but it was not very long ago that Haruna Iddrisu was, reportedly, on all fours earnestly beseeching some respected Ghanaian leaders to intercede for him and some of his double-salary scheming and scamming erstwhile Mahama cabinet appointees to prevent President Addo Dankwa Akufo-Addo from showing these reprobate thugs the gateway to the Nsawam Medium-Security Prison. Now, all of a sudden, we have these shameless thieves and common criminals lecturing the rest of the country about judicial objectivity and fairness. Could have fooled me, “Kawukudi” scumbag!