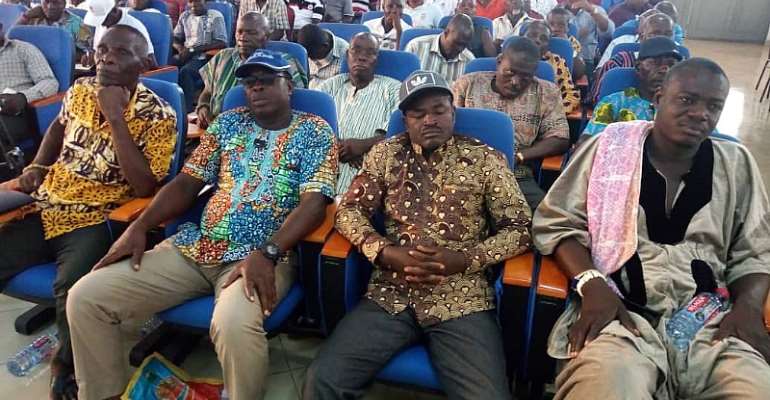 Fishermen across the coastal parts of the country are calling on the government to dissolve all the committees that sell premix fuel and marine gas, saying those committees do not dispense the fuel equitably.

The worried fishermen noted that those who use fuel just buy it from the nearest filling stations but wondered why they have been compelled to buy their premix and marine gas from committees.

Speaking in an interview with the gameplan.com.gh shortly after a programme organized by the Ghana Inshore Fisheries Association at the office of the National Fisheries Association of Ghana (NAFAG) at the Tema Fishing Harbour yesterday, a worried 2004 National Best Fisherman, Kofi Panin Yena said “users of fuel don't buy their products from committees at the filling stations.

“We are calling on the government to scrap the premix fuel committees and allow the Chief fishermen to sell the products to us directly devoid of any middle man”, he advised.

“Anybody who desires to buy fuel would just drive to the nearest filling station and buy. In our case, we have to go to a committee before we can obtain the premix fuel or marine gas which we think shouldn't be the case”, he noted.

2004 National Best Fisherman continued; “Unfortunately, the committee members share the premix fuel and the marine gas among themselves and they sell it at an exorbitant price which is affecting the industry".

Mr. Kofi Panin Yena also wants government to make the premix fuel and marine gas come with the blue colour symbol to make it easy for the fishermen to identify the product when they see it.

The programme brought together fishermen from Western, Central, Greater Accra and Volta regions to fashion out the development of the fishing industry.