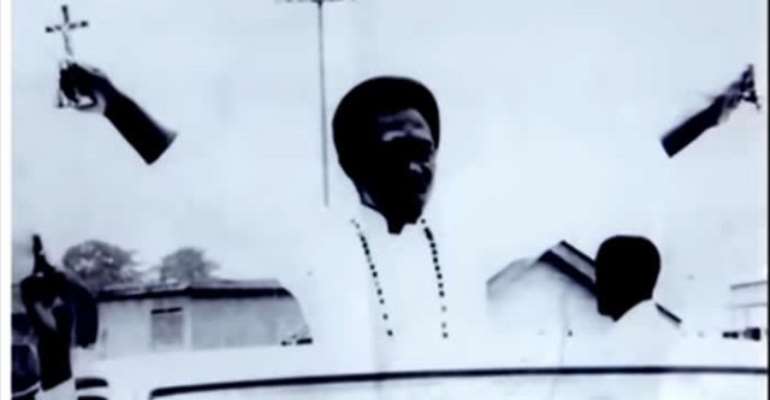 Odiyifoo Asare was tortured and killed by the PNDC revolutionaries in 1982.

A retired Colonel of the Ghana Armed Forces Festus Aboagye, has given a never-heard-of narration of events at a popular church in Kumasi in the aftermath of the 1981 revolution.

The brutal events in 1982 at The Lord is my Shepherd Church, headed by Prophet Samuel Asare (Odiyifoo Asare), features prominently in the Joy News documentary, Scars of the Revolution.

The revolution, led by the Provisional National Defence Council (PNDC), has been criticised for persecuting the church and the military brutalities at the church and subsequent murder of the Odiyifoo Asare is cited as an example.

However, speaking on Joy FM/MultiTV current affairs programme, Newsfile, Saturday, Col (retd) Aboagye recalls that the military descended on the church and its members because the church members had killed a military officer.

He said he was in Kumasi at the time and recalls that the military officer had gone to the church to fetch his wife who had stayed too long there.

“That was the day that the sun set at noon in Kumasi,” he began the narration.

“There was a major, a fine gentleman who had been educated in overseas…Major Darko, I have forgotten his first name. We were all members of the Kumasi Mess. He was married then, I think, to an expatriate, who for some reason happens to be a member of the Odiyifoo’s church.

“The gentleman felt that his wife had kept too long at church and went to church to get his wife home. The narrative goes that when he entered the church, there might have been some altercation…but the Odiyifoo pointed a kind of holy stick he was holding at the Major and instantly the church members set upon him and killed him. In fact, they stoned him to death and left him on the streets.

“So…’the alarm blew’ in the barracks, 4BN, and the soldiers run amok. So all sides, military, civilians and police, prisons, in fact the entire society suffered,” he recounted.

The Scars of the Revolution film documents the traumatic and divisive journey into Ghana’s troubled and dictatorial unconstitutional regimes.