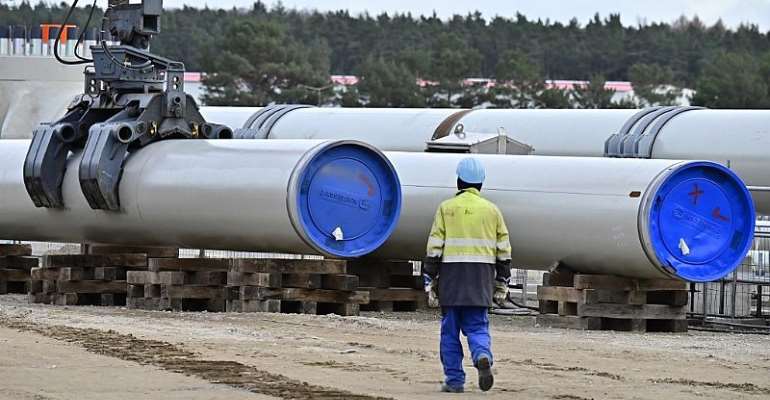 The EU has voiced its opposition to US sanctions against companies building a Russian natural gas pipeline to Germany.

"As a matter of principle, the EU opposes the imposition of sanctions against EU companies conducting legitimate business," an EU spokesman said.

The sanctions were signed off by US President Donald Trump on Friday, targeting companies building the nearly €10 billion Nord Stream 2 pipeline under the Baltic Sea.

The project aims to double deliveries of Russian natural gas to Europe's leading economy, Germany, but US lawmakers warn it will enrich a hostile Russian government and vastly increase President Vladimir Putin's influence at a time of heightened tension across the continent.

The European Commission, the bloc's executive, is now analysing the likely impact of the US sanctions.

"The Commission's objective has always been to ensure that Nord Stream 2 operates in a transparent and non-discriminatory way with the appropriate degree of regulatory oversight," the spokesman said.

The spokesman noted that EU rules on pipelines to the bloc, which came into force in May, have been recognised by the US.

The US sanctions came just days after the EU brokered a deal between Russia and Ukraine on the transit of gas to Europe ahead of a looming New Year deadline.

Some 18 percent of the EU's annual natural gas consumption comes from Russia via Ukraine, putting additional pressure on EU officials to broker a deal.

Soft on Putin
US lawmakers have warned the pipeline would enrich a hostile Russian government and vastly increase President Vladimir Putin's influence in Europe at a time of heightened tension across the continent.

Both houses of Congress overwhelmingly approved the sanctions, with the Senate voting Tuesday to send the measure to Trump's desk.

Trump, who has been accused by Democratic opponents of being soft on Putin, had little choice but to give his approval.

The sanctions were inserted into a much wider €700 billion annual Pentagon funding bill and, given the level of congressional support, a veto would likely have been overturned.

The US measures have angered Moscow and the European Union, which says it should be able to decide its own energy policies.

Pompeo expressed "strong opposition" to the project, Ortagus said in a statement.

The German-Russian Chamber of Commerce insisted last week that the pipeline was important for energy security and urged retaliatory sanctions against the United States if the bill passes.

The US sanctions target pipe-laying vessels for Nord Stream 2 and TurkStream, a Russia-Turkey pipeline, and include asset freezes and revocations of US visas for the contractors.

One major contractor that could be hit is Allseas, which has been hired by Russia's state-owned energy giant Gazprom to build the offshore section.

Following the act's signing, the Swiss-based company said in a statement it had "suspended its Nord Stream 2 pipelay activities."

Economic blackmail
The power of Gazprom, which is closely integrated with the Russian state, is at the center of concerns about the pipeline in the United States, and also in eastern and central European countries.

Senator Ted Cruz, a Republican ally of Trump, said that halting Nord Stream 2 should be a major security priority for the United States and Europe alike.

"It's far better for Europe to be relying on energy from the United States than to be fueling Putin and Russia and dependent on Russia and subject to economic blackmail," he told the Senate last week.

However, Senator Rand Paul, another Republican, voted against the bill, objecting to its bid to "sanction NATO allies and potentially American energy companies."