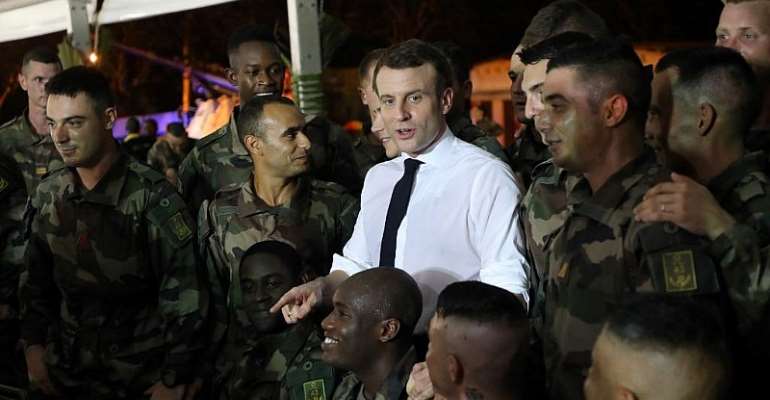 French President Emmanuel Macron told French troops at Port Bouet military camp near Abidjan airport that France would be making a new commitment to fighting terrorist in the Sahel, because it could affect France as well.

"I hope that we can give a new depth, new commitments, a new force to this operation to win this fight essential to the stability and security of the Sahel, more broadly in the whole region and also in Europe," Macron told the troops on Friday night, as he broke bread with them during a Christmas dinner prepared by his personal chef.

“Because if we allow the threat to flourish, it will impact us too," he added.

Some 4,500 French troops are in the Sahel region under Operation Barkhane, in addition to the 13,000 UN peacekeepers based in Mali with a security mandate.

Although France is actively working with the so-called G5 Sahel, which includes Mauritania, Chad, Mali, Burkina Faso and Niger to combat jihadists in the region, where the United Nations says attacks have increased threefold over the past year.

In Abidjan, the French president met with a number of French troops who lost 13 men during an anti-terrorist operation in Mali last month.

Macron is counting on the upcoming 13 January Pau summit on the Sahel with the heads of government of the G5 Sahel and European Union representatives. He said he wants to clarify strategies against the extremists operating in the region.

48-hour regional visit
On Saturday, Macron will join his Ivorian counterpart, Alassane Ouattara to visit the International Counter-Terrorism Academy that was jointly established by Abidjan and Paris over a year ago.

He is also slated to meet with Ivorian international football legend Didier Drogba for the inauguration some new sports facilities in Koumassi, a heavily populated urban area of the capital.

On Sunday, he will meet with Niger's President Mahamadou Issoufou, in order to pay respects to the 71 Nigerien soldiers who died in an attack on their military base.