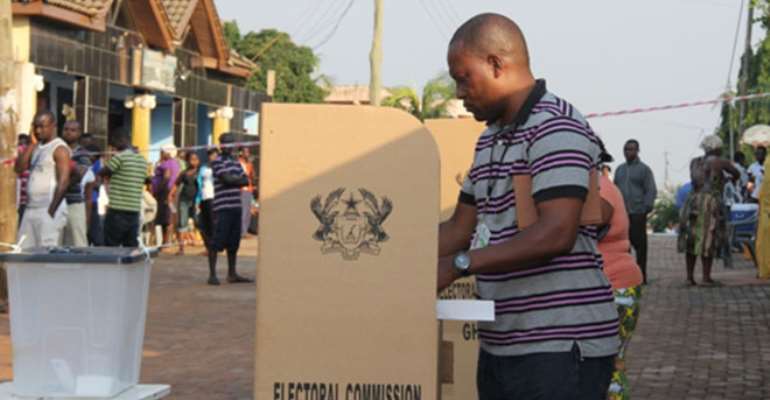 Although exercising one's franchise is non-binding on the citizen, it is a responsibility which must be exercised by all and sundry nonetheless.

We have the option to vote or not when the time is due. The recent district level elections suffered a low turnout. Albeit such elections cannot march the presidential and parliamentary polls in terms of turnout, they are equally important and must be patronized to give meaning to the democracy we chose for ourselves.

The confusion over whether or not there should be a referendum or not for some constituted a factor for the low turnout recorded; for us it has been a tradition, a bad one of course, for most Ghanaians not to regard district level elections as serious and, therefore, unworthy of wasting time on. Such an impression is wrong and requires effective intervention to reverse.

Were it to be unserious so much public funds would not be expended on it.

Local governance which is about having representatives to act on our behalf at the local levels in the developed world is a critical democratic exercise. Treating it, therefore, with the kind of seeming contempt should be reversed.

We observed that there was little awareness creation about the polls; it was also a victim of the muddied waters of the referendum hullabaloo.

The opposition NDC's negative activity regarding the whole exercise sent confusing signals to the electorate and in the end the low turnout outcome stood up.

Polls constitute an integral feature of democracy and so anything which would contribute towards enlightening people about it when it is due should be done in a cross-party fashion.

The National Commission on Civic Education (NCCE) and the Information Services Department (ISD) should be more relevant to the education of the public about socio-political programmes than we are seeing.

These two bodies must, when elections are around the corner regardless of whether district level or presidential or parliamentary, engage selected media establishments to discuss how to give ample publicity for the subject.

Sufficient budgetary allocation must be made available to these state institutions to discharge their mandate in the matter of the foregone suggestion.

Targeted engagement long before the date for the activities are desirable and can work wonders in whipping up interest in participation.